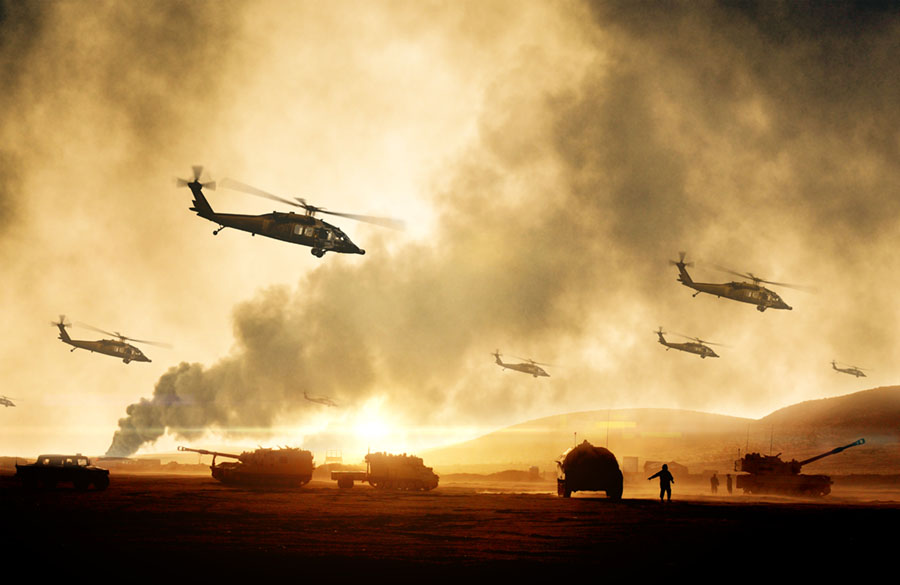 The Bush Terrorism War is Being Waged Against The American People.

The Bush terrorism war as it is still being waged in the United States was a classical case of political bait and switch.

In the first place, the CIA and the United States have been interfering in the internal affairs and waging war on countries that happen to be Islamic for as long as oil has been important to the United States.

Desert Storm was the most overt military action, and the ongoing war in Iraq looks like never ending. U.S. troops have been in Afghanistan and the U.S. has a beachhead in Saudi Arabia.

Let’s assume for the moment that Islamic terrorists belonging to some faction, Al-Qaeda for instance, were responsible for the attack on 9/11.

It gave the perfect pretext for the Bush terrorism war which was immediately launched and which has intensified ever since, and will continue to do so under Obama.

But here’s the thing: the recipients of the aggression in the Bush terrorism war are not the Islamic nations, or factions within those nations.

The victims of the Bush war are, in fact, the people at home – the American people, and the events of 9/11 made this bait and switch possible.

Consider this: it is now acceptable for anyone on U.S soil to be placed under surveillance, searched or their residences or places of work searched without warrant.

It is acceptable for them to be detained indefinitely at so-called Suspicionless Roadblocks and questioned. It is alright for them to be arrested without warning or charge and detained.

It is okay also for them to be jailed indefinitely without trial inside the homeland. It is absolutely fine also for their goods to be seized on the mere suspicion that they may have known someone who might have been involved in a crime or some other offence or misdemeanor.

And because the American people are told this is all for their own good, most of them accept it meekly, believing that the U.S. government has their interests at heart and that terrorists are really being caught by these draconian measures being imposed on all Americans.

Bush terrorism has permitted such things as would never have been countenanced by the American people prior to 9/11. Their tax dollars are being used to bail out private finance companies.

The social security, Medicaid/Medicare and pension funds of the federal government have been plundered to help pay interest on debt. The U.S. government has racked up $10 trillion of debt, about $2.7 trillion of that accumulated in the past four years.

The pretext of War on Terror allowed the George W. Bush government and now the Obama government to give the U.S. Constitution the kind of beating that the Founding Fathers always feared.

Most of the legislation involving the abilities given to officials I terms of the Bush terrorism war are unconstitutional.

This has not stopped the legislation and other non-judicial measures being used against American citizens.

The trouble is that the Presidency, the Congress and the Supreme Court are not independent bodies whose first loyalty is to the American people and the Constitution that they are supposed to uphold.

Other powers have usurped the powers of these institutions, and the Constitution has predictably taken a beating. The mainstream press is now openly calling for the U.S. Constitution to be scrapped.

America once was the most democratic, fairest and wealthiest country on earth. It is on the slippery slope to becoming the very opposite, and the American people are largely silent in the face of these events.

Unfortunately the mainstream media, the tertiary educational institutions, Congress and the Supreme Court favor the Bush war and the agenda behind it.

It used to be the U.S. President who steered the country through the moral minefield and fought to uphold the constitution.

Now the job is left to small, weak voices in the wilderness: intellectuals, writers, radio talk show hosts and a small minority of politicians such as Ron Paul, who is mercilessly mocked and abused in the mainstream press.

And, of course, there are many voices being raised on the internet against this outrage.

Where the War is Going

Apparently it is not enough for the Powers That Be that the U.S. now has a top-heavy and grossly expensive Department of Homeland Security, in addition to the FBI and many other agencies, to police the American people.

Obama has stated in public that is time that the American people started spying on each other too.

He proposes that a Civilian Security Force be created that will be as large, and perhaps larger, than the Department of Homeland Security!

This utterly unconstitutional notion is just accepted by the majority of people in the U.S., although it is as radical as the most oppressive of measures taken by any country anywhere in the world.