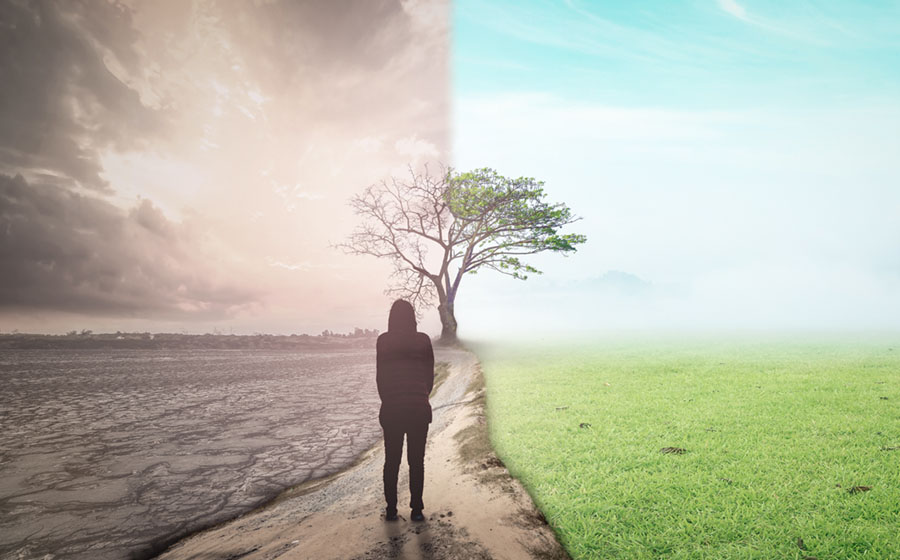 Al Gore and his minions falsely claim that climate change is a fact, but objective science has clearly proven there is absolutely no truth to the ridiculous claim.

The United Nations has its IPCC, Intergovernmental Panel on Climate Change, which involves itself in various climate change negotiations.

The funny thing about this is that the IPCC leaves some major players out of these “negotiations.”

For one thing, no one has invited the Sun to participate. This is not a gossip newspaper or website, but the fiery orb around which the planets in our galaxy rotate.

The Sun is the reason for global climate change, but it is doubtful that it is going to agree to a change in behavior that can stop some of the natural processes currently taking place.

What about carbon dioxide? Isn’t that the major problem? According to many scientists and academics, there is absolutely no history of carbon dioxide driving climate change.

There’s no history of this for tens of thousands of years, in fact.

A History of Heat

Although the IPCC and other global agencies frequently enter into climate change negotiations in order to find a solution, few examine the actual cause.

The world has a very specific history of climate change, yet few of the “authorities” want to accept that such notable periods like the “Medieval warming period” could not be the result of CO2 emissions.

Did medieval warriors have gasoline powered vehicles? Were there tapestry, armor, basket and leather factories spewing carbon dioxide into the air?

Obviously not, but the panic mongering done today tends to ignore such events altogether. The thing to ask, then, is “why”?

A History of Propaganda

It takes only a quick look at any climate change negotiations to understand the reason that the focus is strictly on carbon dioxide emissions rather than the actual, scientific truth.

The IPCC is an agency of the United Nations, and:

“Like any UN body it is a political one. The final ‘conclusions’ are politically driven”

So, what are the political motives behind an emphasis on carbon dioxide and man-made global warming? Oh, that same old, eternal motivator…money.

A History of Investment

During the Thatcher administration in the United Kingdom, a great deal of attention was directed at researching climate change.

Out of that research came a few new theories, and one was that carbon dioxide from industry, vehicles and human activity was driving this new pattern.

This was great news for many politicians who wanted to challenge the establishment if industry, automobiles, and growth were leading to disaster, shouldn’t they be limited.

They began conducting climate change negotiations that spread this misinformation rapidly. Additionally, this meant billions of dollars were soon to be directed into the research that sought reasonable solutions to the so-called problem.

Finally, environmental groups joined the rallying cry and had a powerful weapon with which to combat their constant enemies–globalization and capitalism.

This has led to the modern period in which the fight against carbon dioxide emissions has attained something of a cult-like status or even a religious one.

To proclaim that there might be another cause to global warming during any climate change negotiations is something of a heresy or shear madness.

The History of Reality

The reality is that many authoritative and respected scientists from major universities and scientific organizations, including NASA, have done the research which disproves the man-made climate change theory.

They are ignored because it is politically and economically expedient to do so. The cost is billions of dollars in wasted “research” and study, and the lack of adequate development in Third World countries.

While Greenpeace politicos and UN enthusiasts decry the use of carbon producing resources, billions of people are without water, electricity or basic services.

This is because “growth” would harm the planet; actually, all it would harm is the pocketbooks of the fat cats who know the truth.