Distorted History: Who Are The Aryans? 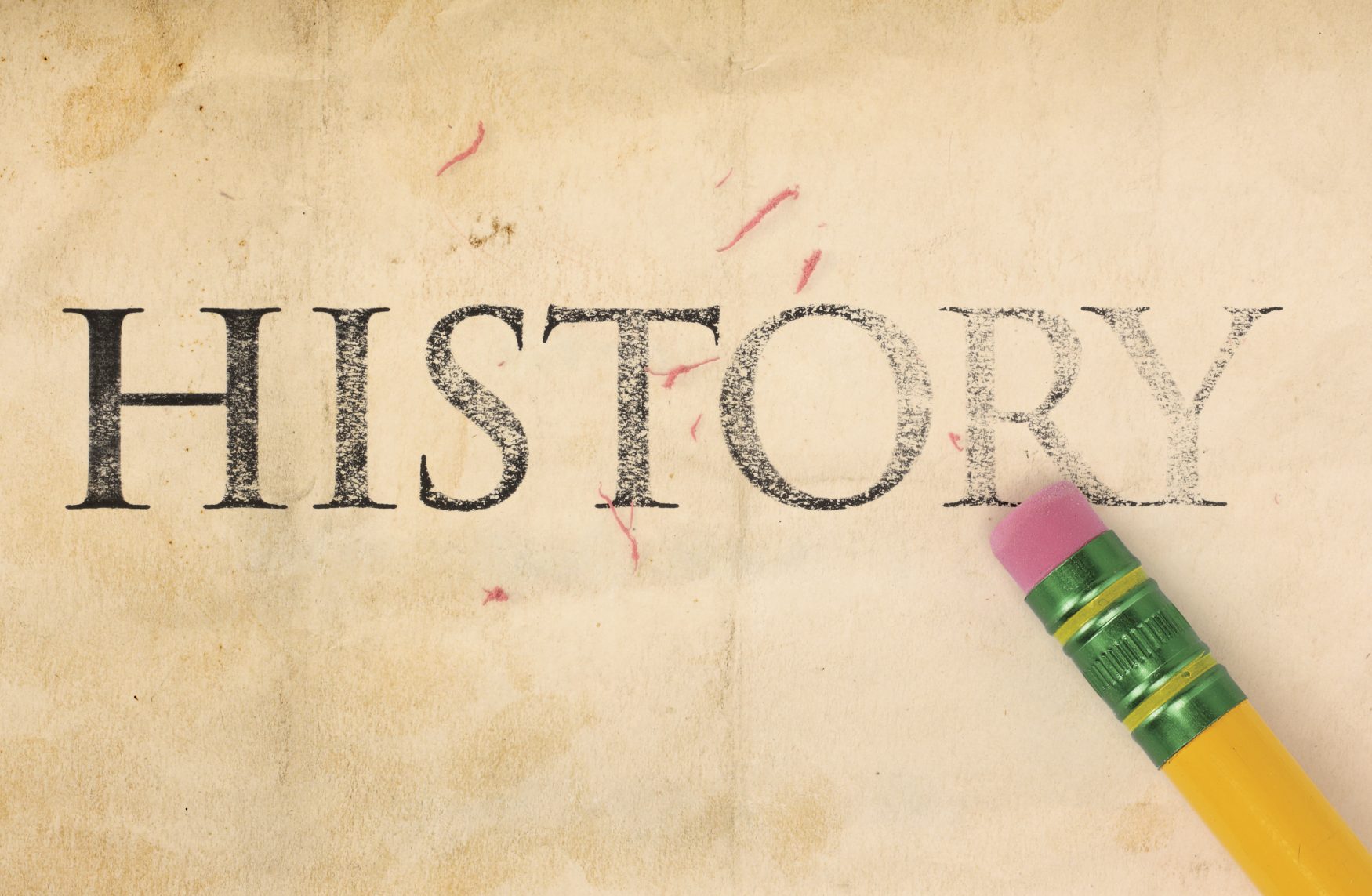 Today, the word ‘Aryan’ is loaded with all sorts of negative connotation, largely due to Nazi ideology, Aryans have become associated with racial hierarchies that consider white, blonde, blue-eyed peoples superior. This served as a very useful propaganda tool in seeming historic realities. However, it is not factual.

We have let our society fall into the pit of political correctness to the point even talking about “race” and the origins of humanity is always met with accusations of racism, more specifically white supremacy.  Being labeled “white” or “black” is nothing more than divide and conquer tactics of social engineering.  Science, more specifically genetics is NOT racist.  It just is.

The truth is ALL of humanity has been lied to about our origins.  It’s not one specific race suppressing the truth from the others.  It’s the 1%, the 13 Illuminati bloodlines & their cohorts trying to suppress the truth about humanity’s origins and capabilities.

In the late 19th early 20th centuries did Aryan become equated with Germanic or Nordic peoples. Prior to this corruption, Aryan referred to an archaic language whose speakers are thought to have spread and influenced languages throughout the Indian subcontinent.

To quickly put any Nazi suppositions to rest, the earliest known Aryans lived in prehistoric Iran & Iraq. These people migrated to northern India sometime around 1,500 BC. Previous inhabitants of the Indian subcontinent called these newcomers ārya. The English ‘Aryan’ comes from this Sanskrit word. 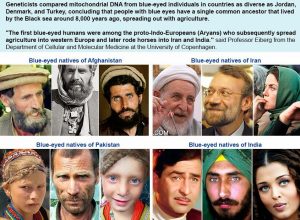 “A half billion years ago, the Aryans (known as the Elohim or Elder Race) began to colonize our solar system as Aldebaran’s became uninhabitable. Marduk, existing in what is today the asteroid belt , was the first to be colonized, then Mars. When they came to Earth, these Aryans were known as the Sumerians.”

The Sumerian civilization developed on the Persian Gulf, growing to strength at around 4 – 3,000 B.C.  The ‘Plain of the Land of Shinar’ is the territory which after 2,000 B.C. became called Babylon. The Greeks named the region Mesopotamia (The land between two rivers), most of which lies in the modern state of Iraq.

The Sumerians were also aware of the importance of Pleiades, showing it in several seals and images. 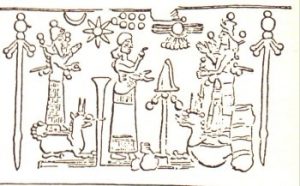 According to volkisch (folk) beliefs, Aryans had created a high civilization which existed eons ago and was destroyed by – and here the mythology is hazy – either the melting of the ice at the end of the last ice age (12,000 years ago), or the onset of the ice age.

The original home of the Aryans was Thule, at the northernmost reaches of the Earth. That warm country was flooded and iced over, with the advanced race finding underground sanctuary in massive subterranean caverns.

A branch of the descendants of this seminal ‘Mother Aryan race’ were the proto-Indo-Europeans/Iranians who, like the ripples on a pond, spread out, colonizing various northern areas of the planet after the Deluge, spreading their agricultural civilization and universally recognized symbol (卐) .

The Welsh and Irish Celts have been found to be the genetic blood-brothers of Basques, scientists have revealed.

The gene patterns of the three races passed down through the male line are all “strikingly similar”, researchers concluded, ‘Statistically indistinguishable.’  The Celts called themselves Iberi, Hiberi, or Iveri which are all derived from the Biblical Hebrew pronunciation of the name Hebrew.

The Irish Book of Fenagh records the Basques settling in Ireland.  Modern DNA studies confirm this connection and back up the Irish book of fenagh. Recent DNA tests have proven the Picts were closely related to the Basques of northern Spain.

It is not socially acceptable to attempt to explain human anomalies that do not fit the prevailing “out-of-Africa” model, such as origins of RH negative blood type. 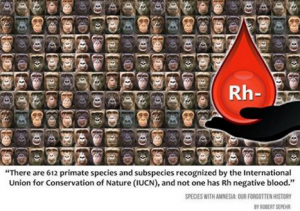 Karl Marx and Friedrich Engels specifically wanted to exterminate Scottish Highlanders, Bretons, Basques, South Slavs, and Czechs. All have a higher percentage of Rh negative or carry it recessively. Their excuse was that they are from an earlier ‘primitive’ population.

“There is no country in Europe which does not have in some corner or other one or several fragments of peoples, the remnants of a former population that was suppressed and held in bondage by the nation which later became the main vehicle for historical development. These relics of nations, mercilessly trampled down by the passage of history, as Hegel expressed it, this ethnic trash always became fanatical standard bearers of counterrevolution and remain so until their complete extirpation or loss of their national character, just as their whole existence in general is itself a protest against a great historical revolution. Such in Scotland are the Gaels … Such in France are the Bretons… Such in Spain are the Basques.”

Blueblood is an expression from the Spanish phrase “sangre azul,” indicating noble birth or descent.

The appearance of RH-negative blood did not follow the usual evolutionary path. In fact, evolution would seem to be ruled out as a possible cause of the anomaly. It has been proven that blood is the least likely to mutate. There are no other blood mutations. The introduction of the RH-negative blood type was not a naturally occurring part of human evolution.

This would lend credence that the RH-negative factor was introduced from an outside source. Could the source be from human-like beings from another planet? Or maybe we are just as alien as they are, in that, we are a product of their manipulation and interference. Could they have come here and manipulated life forms already present on earth to create modern man?

Why is the Smithsonian covering up evidence that an Egyptian-like city was at the bottom of the grand canyon?  Why are the powers that be hiding the fact that THOUSANDS of blonde and red haired mummies have been found all over the world, more specifically in Egypt and even China?

Now do you see how silly it is to put everyone with “whitish” skin color in the same category genetically?  The human race is much much more diverse than we’ve been led to believe.  Just look at this chart of all sub-groups associated with “Celtic” peoples. 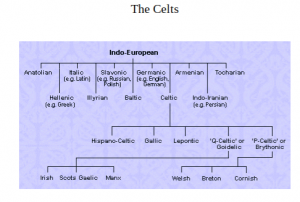 The sciences of comparative linguistics, mythology, and modern genetic testing all point to the Irish people having been in possession of Ireland from the earliest days of the Aryan dispersal. It is conceivable that the Aryans did not arrive in Ireland all at the same time but came in waves of immigration and possibly using different routes. Mythology tells us that the Milesians came by the way of Spain.

Ulick J. Bourke gives abundant linguistical evidence in his Aryan Origin of the Gaelic Race and Language for the great antiquity of the Irish tongue putting it on a par with Sanskrit, Greek and Latin.

He has this to say about the various invasions:

“All these different migrations had come forth from the Keltic family home; and all spoke the same language. All were Aryan. Thus the ancient annals of Ireland accord most wonderfully with the teaching of the science of comparative philology.”

One has only to look at the name or names of Ireland itself to see this ancient Aryan connection.

“For those who for whatever reason wish to resist the idea that the Celtic mythology and religion[as well as culture] is essentially based on Indo-European roots, it might be noted that the first element in the names Ire-land and Ira-n are the same liguistically, and both are related to the Arya-ns of India. Thus the great span of Indo-European culture, from the middle of Asia to the westernmost islands of Europe, can be seen in its full expanse from ancient times.”
[Edred Thorsson , aka Dr Stephen Edred Flowers, The Book of Ogham]

The Khazarian bloodlines who identify as Jews clearly do not want the masses to know the truth about the Aryans and “the white race” they have lumped everyone with similar skin pigment into.  In fact, there’s evidence to suggest their goal is to genocide what’s left of Aryan DNA on this planet.  As Harold Rosenthal revealed about the Zionist agenda,  here is a transcript of ADL President Abe Foxman’s speech about the destruction of white race and ZioNazi world domination.

“Gentlemen. Welcome to the Second Centennial Meeting of the Learned of Elders of Zion. We have achieved all of the objectives expressed at our first meeting 100 years ago.

We control governments. We have created dissension among our enemies and made them kill each other. We have effectively silenced criticism of our affairs and we are the richest race of men on this earth.

Many of you are very busy men. Let us get to the crux of the matter. As masters of business, politics, law and most importantly … media, we are ready to implement our most important and ambitious program. One that will finally and totally remove from existence the impediments of our absolute control of this earth.

I speak OF THE DEATH OF THE WHITE RACE. The complete removal of all means of reproduction of the so-called Aryan race. Men, we now control the destiny of this race. It is now time to make sure the White race becomes extinct through miscegenation [incest] and having a virtually zero birth rate.

We have all enjoyed the vision repeated all over this world every day of THE LAST WHITE CHILDREN playing with little dark children and knowing that they are being set-up for their eventual destruction.

We can ruin THE ANCIENT PURE BLOODLINE OF AN ARYAN CHILD by convincing him or her of the altruism of begetting interracial children.

We must expose the race mixing of the urban centers to the suburbs and rural areas of this country.

More aggressive programs to integrate these areas are now underway through HUD. It is worth any price to annihilate the next generation of White children. We want every White father to feel the sting of having their children marry colored mates and produce biracial children.

We must use our power to discourage White men and women who still persist in getting together from producing more pure White children. They will be ostracized by not becoming part of the New Society of all races.

This will dissuade most of them. We will deal with the less cooperative goyim [non-jews] by murder and imprisonment.

Finally, we will SEE THE END OF THIS WHITE RACE. Impressionable White children will have their minds molded into the agents of their own destruction. Already, our efforts have succeeded in making the “men” of this race grovel at our feet.

Men, you and your ancestors have worked hard to make sure we would have the power to hold the destiny of this race in our hands. Now we have it.

That explains the cultural marxism doctrines being pushed in America and European countries.  It’s hate the entire “white race,” and blame us all for every terrible thing that has happened in humanity’s existence.  Don’t take the bait.  Be proud of who you are regardless of your skin color.  While the human race may be more diverse than we’ve been taught, we are all still connected metaphysically and carry the frequency of love within us all.

2 Comments on - Distorted History: Who Are The Aryans?