School and Surveillance Conditioning Our Kids to Big Brother 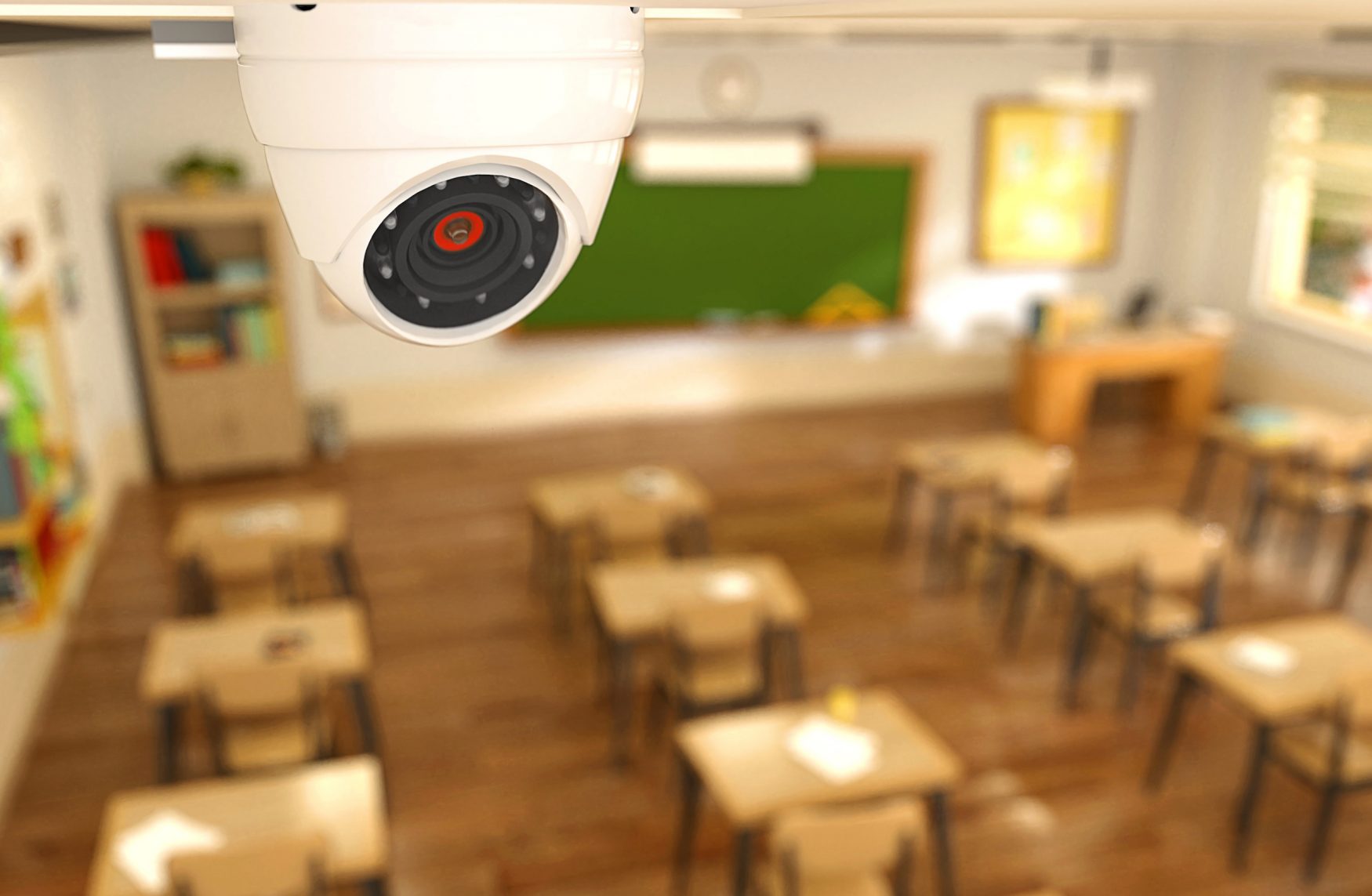 When it comes down to the issue of school and surveillance methods used to “protect in school security” Americans need to wake up to the fact that these methods are unconstitutional.

Not only are they unconstitutional, but these measures are leading to an even bigger problem for America.

By installing CCTV systems into our education system, we are teaching our children that we do not trust them.

We are teaching our children that we, or some higher power, needs to spy on them in order to ensure that their safety is kept at a top priority.

When it comes to school and surveillance measures, we are teaching our children that America is being watched by Big Brother, and that we live in a police state where matters such as privacy and freedom no longer exist.

When your children go to school every day, and pass by or duck under the buzzing arms of the CCTV system, they are being taught that everyone is suspect, that all are guilty until proven otherwise.

Even if no crime or ‘misbehavior’ has actually been committed, all are guilty until the higher ups get to the bottom of it.

That kind of police state is in our schools today, and those measures are un-American, and unconstitutional.

Security Cameras, a Tool of Protection?

When our children are not in the comfort of their own homes, playing Apocolyptic terrorism driven video games, they are in the comforts of their school and surveillance system, innocently accepting an Orwellian police state.

In fact, this has become habit for our children, so common place that they have become conditioned to accept it… or else.

This is what the government wants, and they took this precedent right from the Orwellian playbook itself:

“You had to live – did live, from habit that became instinct – in the assumption that every sound you made was overheard, and, except in darkness, every movement scrutinized”.

The message that school surveillance systems is sending is clear. If you resist Big Brother, you will suffer repercussions.

If you argue or fight for your Fourth Amendment rights, you will be found guilty.

Schools are supposed to carry with them the purpose of creating intelligent critical thinkers from our youngest Americans.

Instead, with school and surveillance systems, they have become institutions that are nothing but breeding grounds for the welcoming of Big Brother into society.

Slowly but surely the government is turning our students into inmates.

If it isn’t CCTV, it is a tracking device through the clocking in of their student cards, or through the metal detectors they must pass to receive their education.

Say Goodbye to Your Fourth Amendment

Some schools even have plain clothes policemen patrolling the halls with Taser guns to catch those particularly unruly ones.

The most unruly are those types of students capable of thinking for themselves and arguing for their Fourth Amendment rights.

And just as a side note, Tasers have been found to cause death in hundreds of people across America.

In school surveillance is unconstitutional, and it is something that you should not be subjecting your child to on a daily basis.

The only purpose it serves is to turn your child into zombie like robots with a dumbed down education that disables them from making their own free and personal choices.

Is that the kind of student you are hoping to make of your child?