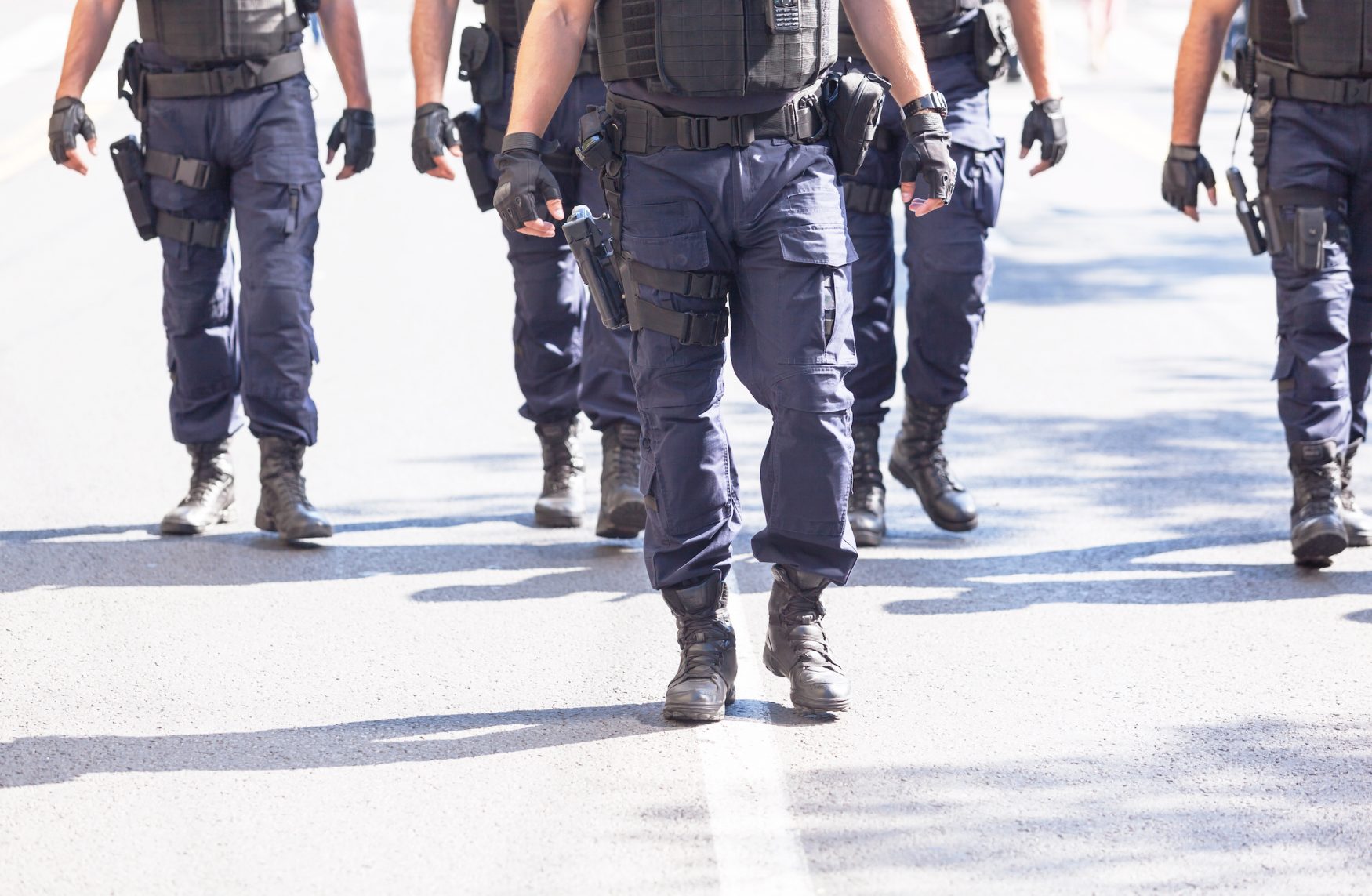 Is There Proof that America is becoming the Fascist Police State Feared by Many?

There have been whispers and rumblings in certain segments of the population that the U.S. is becoming the fascist police state many feared would happen ever since the ascendance of George W. Bush to the presidency under a cloud of suspicion and bad will.

The Bush administration used the pretense of protection from terrorism after the 9/11 attacks to go on the offensive against individual rights, rights that are guaranteed to every US citizen by the Constitution of the U.S.

The Constitution itself has come under attack several times as Conservative groups seek to add amendments to the Constitution that will nationalize their points of view such as the creationism.

The Department of Homeland Security is the nerve center of the new fascist police state that is operating in the U.S.

The Department of Homeland Security is like a super secret club for George Bush’s friends who get to run amuck using their almost unlimited power to spy on and harass US citizens.

The Department of Homeland Security is allowed to wiretap phones, read private email, get access to an individual’s bank account or health records or any other information that they decide they want see all under the guise of “national security”.

A case could be made to support the idea that the Department of Homeland Security is a shining example of statism, a key tenet of Fascism.

Statism describes the attempt of the state to control all aspects of life for the citizens of that state.

Political, social and economic functions are all influenced by or directly impacted by the state.

The almost unlimited jurisdiction of the Department of Homeland Security is clear proof of statism; which is a clear indication of Fascism which does indicate that the U.S. is becoming a fascist police state where citizens’ every action and belief is monitored by the state.

Another important tenet of Fascism is indoctrination, and clearly the Bush administration and the Department of Homeland Security have been using indoctrination as a way to change the attitudes of the American people.

This is the attempt to get the people to willingly give up their freedoms instead of making the Bush administration work to steal them.

By creating and then constantly reinforcing the idea that another terrorist attack is imminent, the Bush administration has managed to get the American people to agree to policies and procedures that they would have never agreed to in the past; like starting a war with a country that had not attacked the U.S. based solely on the idea that the country might, someday, attack the U.S.

But no discussion about the idea of the U.S. becoming a fascist police state would be complete without examining the militant adherence to procedure by groups like the police and Department of Homeland Security agents.

Any dissent or even discussion of U.S. policies can make any citizen a target for harassment, arrest, even torture at the hands of the police and the Department of Homeland Security.

Simply criticizing the President in public can be enough to warrant a visit from the FBI or the police and a stern warning even though the Constitution guarantees the right to free speech.

In the last few years stories documenting the abuse of prisoners at the hands of overzealous cops who are trying to enforce the laws of a fascist police state have come to light, but tragically, the mainstream press only picked up the trail after several people had died horrifically while in police custody.

There can be no doubt that the U.S. is headed down the path of becoming a fascist police state.

The only doubt remains whether or not the citizens of the U.S. will be able to stop the creation of the fascist police state that is threatening to take all their rights away.