The Truth About “The Deep State” 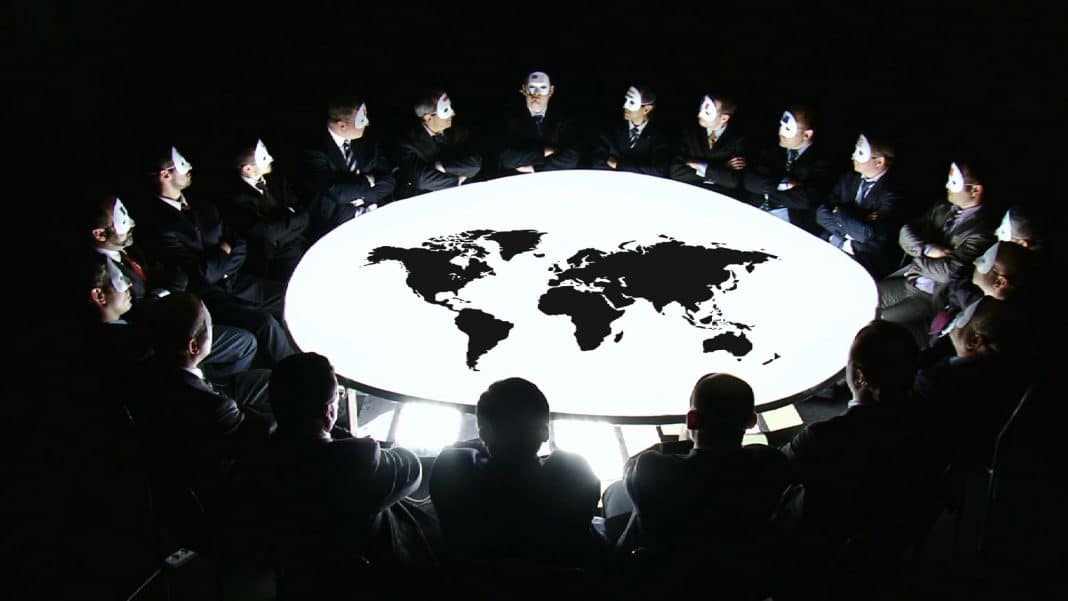 Parts of this shadowy network — the Council on Foreign Relations (shown), the Trilateral Commission, Bilderberg, and more — are sometimes visible to the public, even if the establishment media rarely highlight the significance. Other powerful elements are practically invisible: Secret societies such as Skull and Bones and the Bohemian Grove, for example, which are described here. But combined, it is clear that the Deep State behind the Deep State wields tremendous power over America and the world.

It consists of the illuminati who control vast fortunes. It includes the central bankers, the Bilderbergs, the CFR, and the spy agencies that illegally track and record Americans. They want power and control through collectivism. It’s the beast that wants bring about the New World Order. It’s the creature that Eisenhower tried to warn us about. It’s the entity that took out Kennedy when he tried to stop them. Since then, we’ve had too many presidents who were elected under the tacit approval of the Deep State. 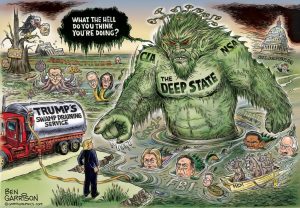 If left unchecked, this powerful network of Deep State operatives fully intends to foist a draconian system on humanity that they often tout as the “New World Order.”

“A One World Government and one-unit monetary system, under permanent non-elected hereditary oligarchists who self-select from among their numbers in the form of a feudal system as it was in the Middle Ages. In this One World entity, population will be limited by restrictions on the number of children per family, diseases, wars, famines, until 1 billion people who are useful to the ruling class, in areas which will be strictly and clearly defined, remain as the total world population.

There will be no middle class, only rulers and the servants. All laws will be uniform under a legal system of world courts practicing the same unified code of  laws, backed up by a One World Government police force and a One World unified military to enforce laws in all former countries where no national boundaries shall exist. The system will be on the basis of a welfare state; those who are obedient and subservient to the One World Government will be rewarded with the means to live; those who are rebellious will simple be starved to death or be declared outlaws, thus a target for anyone who wishes to kill them. Privately owned firearms or weapons of any kind will be prohibited.”

Former congressional staffer Mike Lofgren, a top-secret security clearance holder and one of the early voices to develop the idea of a Deep State in America, refers to it as “a hybrid entity of public and private institutions ruling the country.” And he’s right. But it goes even deeper than he seems to realize.

See Related: The REAL Controllers of Humanity: The Papal Bloodlines

Of course, Lofgren was hardly the first to notice that the elected officials who supposedly control the government are not really in charge. Even close friends and associates of the Deep State behind the Deep State have commented on the issue as it relates to party politics and elections. The late Georgetown University Professor Carroll Quigley, a mentor to President Bill Clinton, was for many years close to the core of the Deep State. He was even allowed to examine its records for a period of time.

The sheer magnitude and complex web of deceit surrounding the individuals and organizations involved in this conspiracy is mind-boggling, even for the most astute among us. Most people react with disbelief and skepticism towards the topic, unaware that they have been conditioned (brainwashed) to react with skepticism by institutional and media influences that were created by the Mother of All mind control organizations: The Tavistock Institute of Human Relations in London.

On political parties and using elections to change course in government, Quigley ridiculed the idea.

“The argument that the two parties should represent opposed ideals and policies, one, perhaps, of the Right and the other of the Left, is a foolish idea acceptable only to doctrinaire and academic thinkers,” Quigley wrote in his book, publication of which reportedly made the Deep State quite upset.

“Instead, the two parties should be almost identical, so that the American people can ‘throw the rascals out’ at any election without leading to any profound or extensive shifts in policy.”

It is very difficult to see the divide in America today. Knowing it’s being manufactured.  The left v right false illusion of “two parties” is very effective.  Diabological geniuses they are.  Psychopaths to the core.

ALL ROADS LEAD TO ROME!