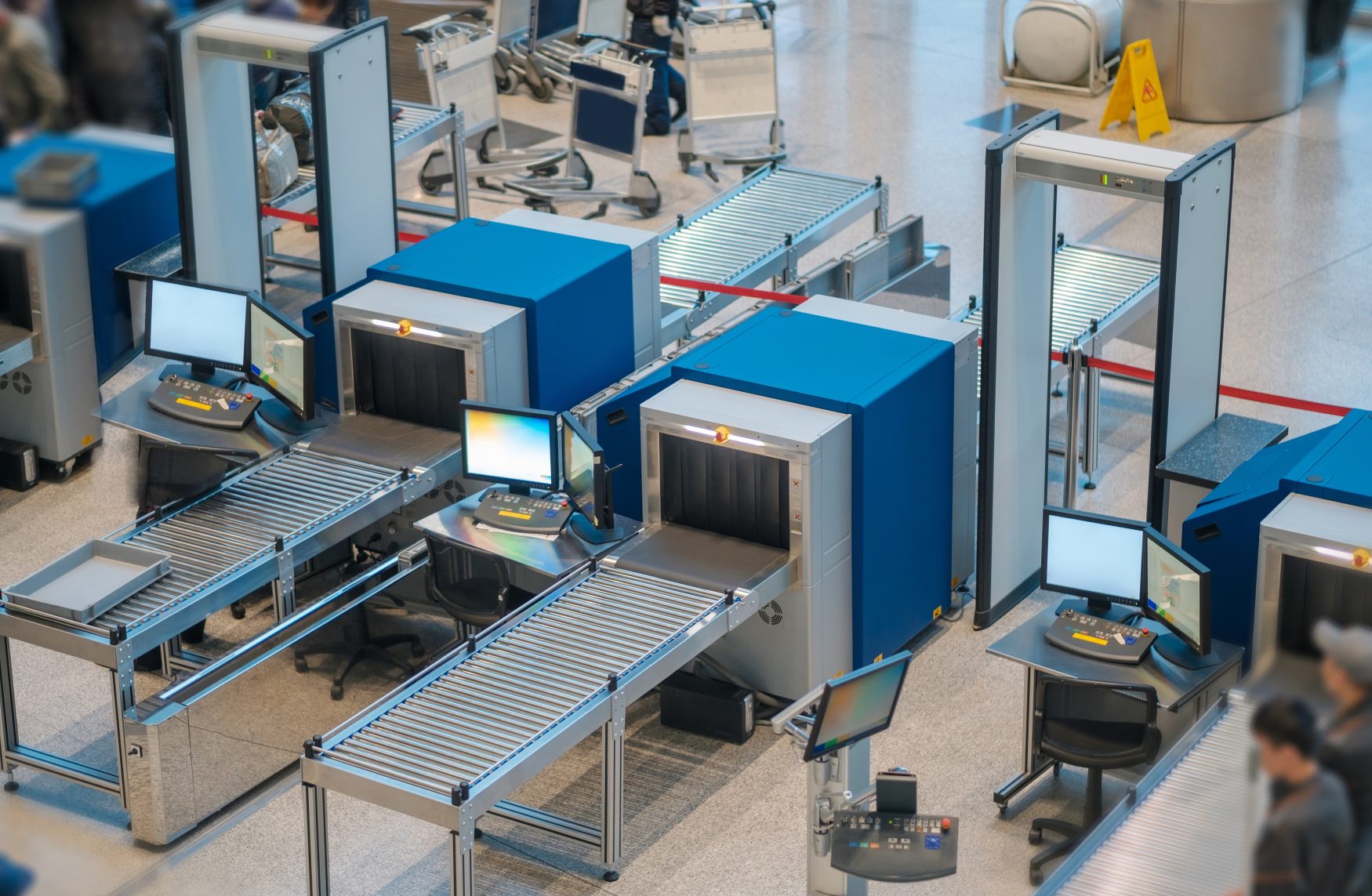 Ideas About Airport Security Have Become the Focus of the Government. NWO Rulers Use Military Presence in Every Day Life to Condition People for Life Without Freedom.

Anyone that has jumped on a plane as of late has an opinion about airport security.

Most believe the government is acting this way because they are concerned about your security when you travel.

What the government is really interested in doing is taking your Constitutional rights and trampling all over them.

Over the past century the government has come under the control of a group of criminal banking families.

Part of this control is manifesting in using fear to implement unconstitutional searches on travelers.

Your rights get temporarily ‘put on hold’ until your trip is over, giving way to what can only be described as a police state, all disguised as security measures.

The problem is, this is a farce, as the airport is not any safer than it was before 911.

The government really just wants to bring in Big Brother on behalf of the banking elite and their forthcoming New World Order.

This is the reason they have brought up the level of invasive security.

When you think of airport security, how often do you consider that you lose your freedom of speech, and that by saying the wrong thing you can be singled out for government persecution?

This country’s lawmakers and law enforcement have moved from ”protect and serve” to harass and fine.

Most regular Americans can’t even keep a drivers’ license under today’s over-policing, and when you talk about security it’s no different, as people are being stripped of their rights on a daily basis.

Americans used to have rights against search and seizure, but now have to open all their personal items and lay them bare before government scrutiny.

It’s more about airport security than about the people’s rights. Everywhere regular citizens go in today’s society, whether an airport, a highway, or a drive in the country, they are guilty until proven innocent.

Invasion by the law and government is granted and insisted upon. Without permission they dig deeper and deeper into people’s private lives with each passing day.

They tie everything citizens do in common everyday life to some kind of monitoring system so they can control and watch them.

From GPS to RFID and other satellite surveillance, we cannot go undetected or unwatched, no matter how we may fight it, and too much protest is dangerous.

The law and government have lost all ability to govern rationally, being driven by greed and power.

Security is a necessary thing, but the direction in which the government has taken security is not helpful.

This is why people need to protest about airport security and the invasive measures the airports around the world have put in place.

They see police cars every four blocks. Police spy on the people and pull them over for no reason at all.

Think of what will happen as the US becomes more of a police state. What will that do to the Constitution?

The New World Order will consist only of a giant worldwide police state run by the banking elite and their pawns.

It’s time to stand up and protest the future they have in mind for us.

Americans used to be able to walk down the street, never expecting to talk with a policeman unless something bad happened.

Now they’re asked to explain themselves like they’re in Hitler’s Germany.

The ruling elite are the real terrorists. Forget about the so-called terrorists in other countries.

The only people you really have to worry about are the people that are behind the scenes running the country.

When you think about airport security, realize it will not keep the elite in line.

The elite are a group of interbred bloodlines who have controlled world politics through tyrannical banking practices.