What Every Parent Needs to Know 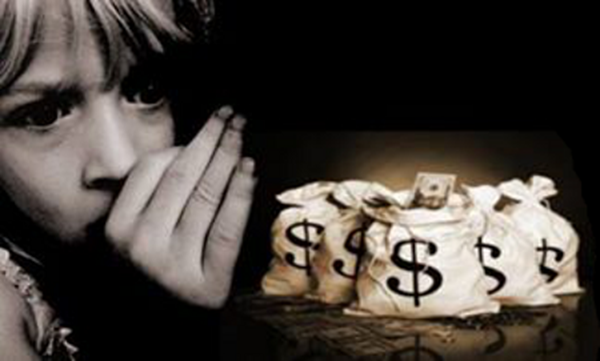 If Facebook brought you to this link then you probably already know how much I’ve been sounding the alarm about Child Protective Services and Medical Kidnapping.  With corruption running rampant it’s no surprise that our children are now just cash cows to certain industries who buy off our politicians and place their minions within the family court system.

The family is the core group of any society. The need of the child for his or her own parents is a need that impacts the child on every level: biologically, psychologically, emotionally, spiritually, developmentally, and culturally. In most circles, the truth of the above statements is accepted as common knowledge.

However, there are some who do not hold to these most cherished values of family and kinship. Unfortunately, some of these people are radicals and extremists who hold positions of great influence over public policy, which translates into very real problems for families.

Richard Wexler, Executive Director of the National Coalition for Child Protection Reform, wrote of some radical views of the family by Elizabeth Bartholet, who is a Professor of Family Law at Harvard Law School: “Bartholet’s ideas are so extreme that they include requiring every family with a young child to open itself to mandatory government surveillance.”

What most parents do not know is that once a child is in the care of CPS they can be used as lab rats for pharma drugs, experimental surgeries, and more.   If you’re thinking Nazi Germany you’re on the right track.  But this is America and it’s happening here.  Under the guise of “what’s in the best interest of the children.” This was a rare instance where the mainstream news covered the story about foster kids on  so many pharmaceutical drugs.  They of course do not touch on the fact most of those kids  probably shouldn’t even be in their care in the first place.

Which is why it’s crucial to do some digging on ANY medical professionals and facilities you take your child to, even in times of emergencies.  Most American parents are just simply too naive about what is going on.  Thinking, “that would never happen here,” is what has allowed this to continue.

People tend to immediately take the side of CPS and say things like, “there has to be more to this story they don’t take kids for no reason.”  Which makes it harder to get support for victimized families.  Do you AUTOMATICALLY side with the CIA or FBI?  What about the IRS?  You trust the same government that plotted against it’s own citizens to carry out 9/11?

Some seem to think if this was such a rampant problem that it would be all over the news.  Again, that is naive thinking and I will explain why.  The family court system does NOT have to follow due process.  It is not set up like other courts. There are gag orders placed on CPS cases which are supposedly to “protect the child.”

Which is one of the reasons you do not hear about the rampant corruption with DCF/CPS on the 6 o’clock news. What it really does is protect the tyrants. You do NOT have to be charged with or convicted of any crime to get your kids removed from your home.  That decision is up to ONE JUDGE. No jury.  They will take the social  worker’s word as gold without evidence.

There are also no public court records of these hearings.  All it takes is a phone call.  An accusation.  Doesn’t matter if it’s true or not they can get a court order to come in your home, open your fridge, look around and interview your child on AN ACCUSATION.  There are corrupt pharma doctors out there who want to punish parents for not vaccinating and even for something as little as getting a second opinion about a specific issue or diagnosis. They have used CPS to do it and this should scare the crap out of every parent in this country.

There are no checks and balances. So basically a social worker with 4 years of college and a little bit of training from the state has the power to strip you of your children and make your lives a living hell.  Most of them don’t even have kids of their own and haven’t even experienced being a parent yet.  That is how much power CPS/DCF has been given.

What is even more disturbing is the fact that sexual predator Bill Clinton’s “Adoption and Safe Families Act,” he signed into law in 1997 gave CPS/DCF agencies EXTRA funding for every child they had in foster care that they adopted out.  EXTRA funding to take a child from their home and once in foster care stall the case until the time the child is legally allowed to be adopted.

In order to keep those extra dollars rolling in they need kids in CPS custody. A legalized kids for cash system.  I’ll just go ahead and leave this right here for dramatic effect. 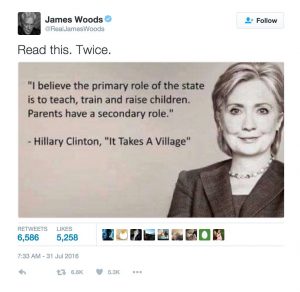 Oh and then there’s this……… 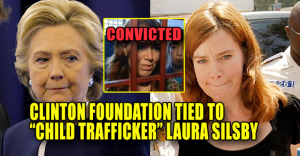 An excerpt from the book New World Order written by A. Ralph Epperson in 1989:

The old world is coming to an end. It will be replaced with a new way of doing things.
The new world will be called the “New World Order.” This new structuring will re-distribute property from the “have” nations and will give it to the “have- not” nations.
The New World Order will include changes in:

The Family:
Homosexual marriages will be legalized, parents will not be allowed to raise their children (the state will) all women will be employed by the state and not allowed to be “homemakers”, divorce will become ex- ceedingly easy and monogynous marriage will be slowly phased out.

From the legislative desk of Senator Nancy Schaefer, 50th District of Georgia,November 16, 2007, Updated: September 25, 2008 – The Adoption and Safe Families Act, set in motion by President Bill Clinton, offered cash “bonuses” to the states for every child they adopted out of foster care. In order to receive the “adoption incentive bonuses,” local child protective services need more children. They must have merchandise (children) that sells and you must have plenty of them so the buyer can choose. Some counties are known to give a $4,000.00 bonus for each child adopted and an additional $2,000.00 for a “special needs” child. Employees work to keep the federal dollars flowing. The National Center on Child Abuse and Neglect in 1998, reported that six times as many children died in foster care than in the general public and that once removed to official “safety,” these children are far more likely to suffer abuse, including sexual molestation than in the general population.

The Adoption Assistance and Child Welfare Act of 1980 encouraged states to replace costly and disruptive out-of-home placements with preventive and reunification programs. The law, which is still in effect today, requires that before placing children in foster care, state agencies must make “reasonable efforts” to enable them to remain safely at home. It also mandates that states make reasonable efforts to safely return children in foster care to their parents. 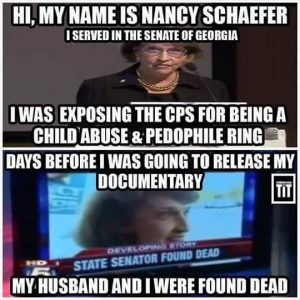 Getting it yet?   Good. Now tell all your friends and family about this and help us STOP this horrific systematic abuse of children.  Here are a couple more videos everyone should take the time to watch:

There is one way you can prevent CPS from doing this to you, and that is DTSS’s Complete Freedom Membership Programs.

3 Comments on - What Every Parent Needs to Know