Will the War on Terrorism and the Military be the End of America? 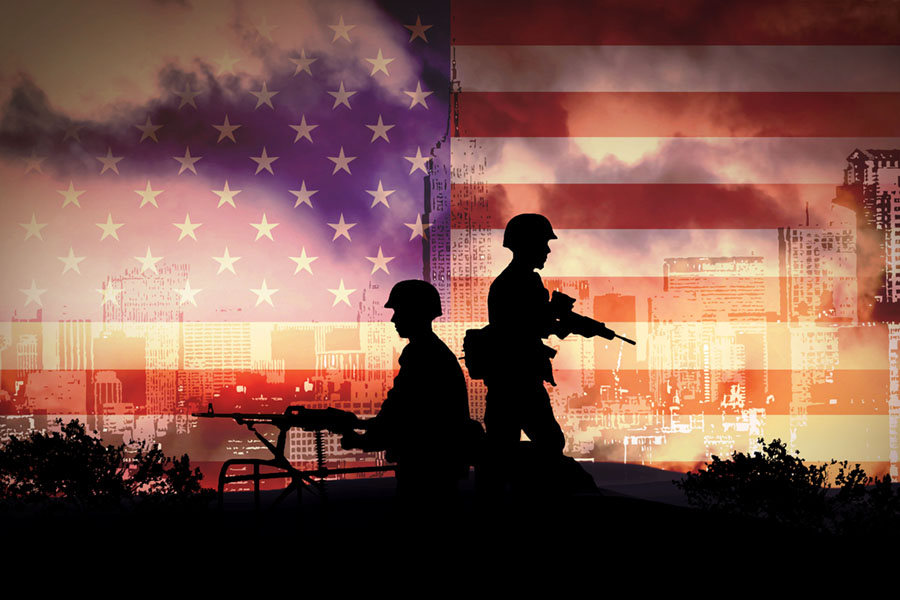 The War on Terrorism and the Military Work Together To Achieve the Elitist Agenda.

The war on terrorism and the military have both been tools of an oppressive tyrannical elitist plot to seize control of America, and eventually the world.

There have been many cases of corruption in the military that have leaked online or in the American media, some chalk it up to war time stress, but there are agents using the military to execute various acts to suit their own private needs.

Corporations for instance, have been hiring out private armies and sending them into Afghanistan with the intention of causing dissent and further conflict.

Our own national military have been trained to blindly follow orders, often leading them to train on American soil in populated areas and breach laws about military presence in our own country.

The war on terror has been raging for almost a decade, and with each year our military grows, more of our sons and daughters are killed, and all for a nefarious agenda that the general population are not privy too.

The Illuminists plot against our democracy and everything we have come to believe is truly American.

In the days to come our own military will be part of our destruction, as they enforce the corrupt despotic laws that the executive branch has made because of terrorism.

When will the American people realize what is happening to our military?

The War on Terrorism and the Military Corruption

Private contractors have become increasingly popular as the war on terror has progressed.

These highly trained mercenaries are not subject to any of the same laws our national military is bound to follow, and this often allows them to get away with gross human rights abuses.

The elitists directly control these teams and as such they have been causing dissent in the Middle East, causing the war on terror to extend past boundaries and become more violent.

The most frightening issue is the government’s willingness to hire these teams, and they award them contracts worth millions of dollars knowing that they could escalate the war.

The War on Terrorism and the Military Preparations

The war on terror effectively enabled the Illuminati to direct the government to pass certain laws for their future plans.

All of the emergency powers that now rest is President Obama’s hands are a result of the mass panic terrorism has caused.

When the time comes and Obama declares martial law in America all of our rights will fall away and we will be living in a country completely controlled by the government, and the Illuminists behind it.

The government has been training our military to handle civilians on our own soil.

When the mass exodus finally arrives, it will be our own military that enforces the Illuminist plot to take over America.

It is hard to believe that all of this will happen, but there is insurmountable proof, if you know where to look.

The infrastructure has already been built to implement the New World Orders plans to depopulate the world, and death camps have been appearing all over America.

Respected men in the military have come forward and try to inform us before it is too late.

As usual, we write them off as insane and continue with our media induced lives.

We should make a point to inform the public on the war on terrorism and the military preparations being made, and let them decide for themselves.

When the time comes at least they will have the correct information.