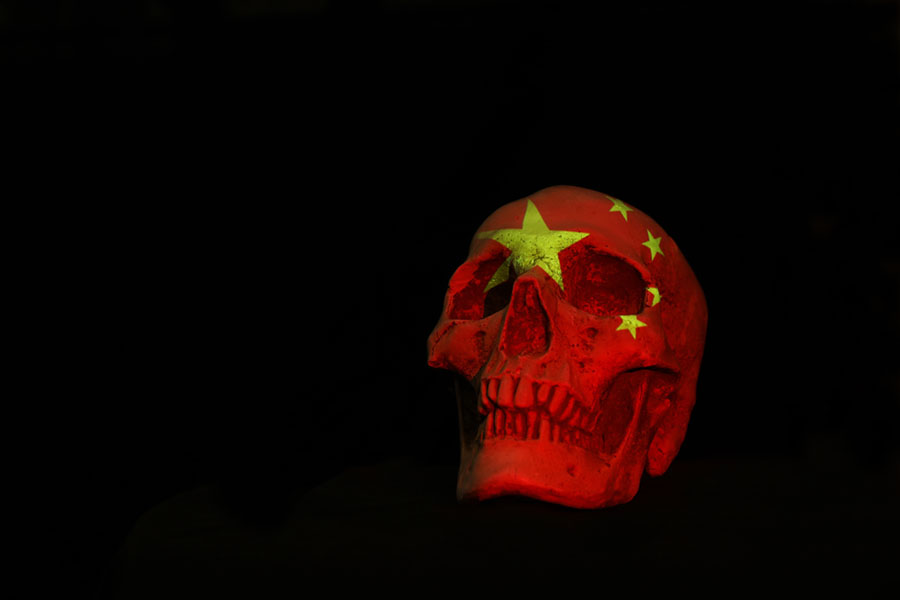 US Calls to Stop Genocide in China While Trampling Sovereign States in the West. US Govt’ Hypocrisy Shines as it Wags a Finger of Blame Towards China While Building NWO Here.

Cultural genocide in China is being carried out on a perpetual basis.

One of the ways that this is happening is through a strict control over the nation’s religions.

There are five religions recognized by the Chinese Government.

The religions that are recognized are Buddhism, Catholicism, Islam, Protestantism and Taoism.

But tight controls are placed on worship, particularly Islam, in order to prevent its growth.

For example government workers and Communist Party members on the whole are prohibited from participating in Muslim worship.

Arabic is allowed to be taught but only in special government-run schools.

The government posts rules that regulate Muslim worship in and around mosques and throughout Muslim areas of the country.

China has also been accused of launching a cultural genocide against Tibetans.

This charge was leveled against the Chinese Government by the spiritual leader of Buddhist Tibetans, the Dalai Llama in March of 2008.

“Tibetans protests in Lhasa is (sic) born out of China carrying out a sort of cultural genocide in Tibet intentionally or unintentionally.”

Is China Flooding Tibet with Non-Tibetans?

More than 7 million people have moved from China to Tibet since China took control of the area in 1951, more than doubling the population, according to Samdhong Rinpoche, elected Tibetan Prime Minister-in-exile, in 2001.

Genocide in China thus has come in this fashion, Tibetans are outnumbered by Chinese in their own territory.

The Chinese Government denies that they have carried out any deliberate strategy of human settlement.

Repression of Dissidence Undeniable for China

Genocide in China has been charged for years by Tibetans and usually echoed the mainstream US media.

It is undeniable that the Chinese Communist Party has used violent means to repress protest.

While maintaining economic and political relations with China, the US Government has urged China to negotiate autonomy for the Tibet Region

US Support for Autonomous Tibet

It is curious that the alleged Tibetan cultural genocide in China sparks concern in the US and support for sovereignty, while countries in the western hemisphere have often suffered grave responses from the US for exercising their own sovereignty.

Perhaps the case that stands out as the most obvious is the case of Cuba, the small Caribbean island 90 miles south of Florida. Since 1962, the US has maintained an embargo against that small country due to its exercise of its sovereignty after breaking the grip of a brutal Dictatorship.

Recently, Venezuela’s Hugo Chavez has replaced Fidel Castro on the US list of anti-democratic dictators according to Democrats and Republicans alike.

This is despite Chavez having convoked and participated in numerous elections in the ten years since he first came to power.

Genocide in China through religious persecution is real.

But if US citizens are to oppose persecution of cultural freedoms in Tibet then these same citizens and politicians in the US should certainly also respect cultural and political autonomy elsewhere, including right here in the American Hemisphere.

That condemnation, however, rings hollow coming from one of the world’s largest abuser of human rights in the past 50 years, the United States of America.