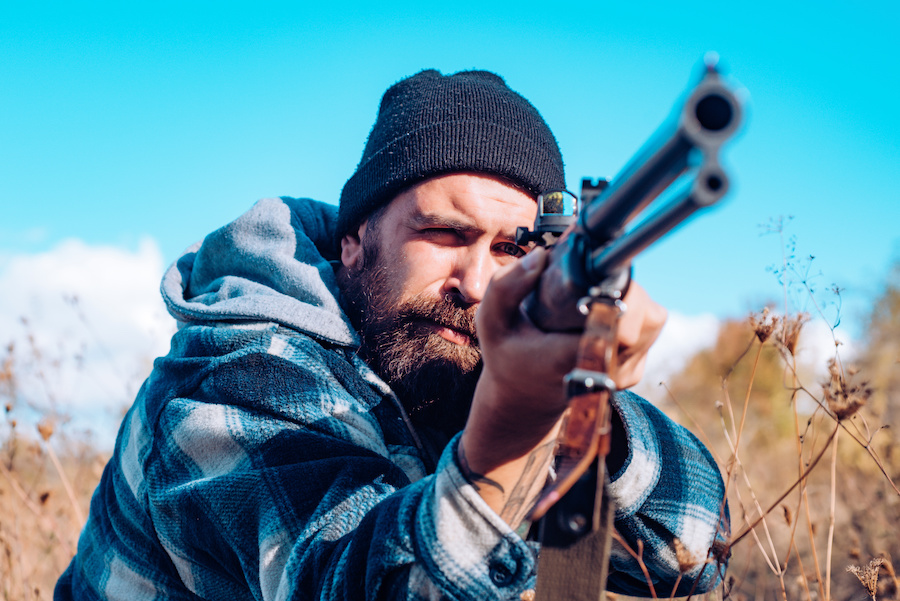 Changes to Gun Rights and Obama Policies Are Questionable. Gun Control Serves the Elites by Leaving the Masses Weak and Unable to Defend Themselves or Rise Against NWO.

Gun rights and Obama in the United States are wavering back and forth and many Americans are waiting to see what the new president does to the Second Amendment to the Constitution.

Obama has stated that he believes the Second Amendment expresses that an individual has the right to bear arms But at the same time he is in support of sensible regulations imposed on those rights. To more specific, Obama says that the government can enforce reasonable restrictions on gun ownership.

Although the Washington D.C. gun ban issue has been resolved, with the Supreme Court finding that the ban was unconstitutional, at the time it came into effect Obama declined to take a position whether the ban violated the Second Amendment or not.

What he did say was that he believed cities and states had the autonomy to regulate guns even if the U.S. Constitution guaranteed the right of people to carry them.

Talking about gun rights and Obama his words were, ‘The notion that somehow local jurisdictions can’t initiate gun safety laws to deal with gang bangers and random shootings on the street isn’t borne out by our Constitution’.

Obama seems to interpret the Second Amendment very narrowly and sees no problem with placing restrictions on owning or purchasing them. And perhaps this wouldn’t be creating so much debate in the United States except that Obama has in the support fully supported gun control.

Support for Gun Control
When Obama was on the state senate he believed in licensing and registering gun owners. When asked if he would do that as president he said that he didn’t think that could be done. But what he would like to see is common sense enforcement. Obama wants law enforcement to have the ability to get information about fired guns such as tracing which ones have been used in a crime or tracking them to dishonest gun dealers.

Obama wants to keep guns out of inner cities and feels the problem of gun killings on the streets are a combination of access to firearms and a lack of morality, as stated in 2006 before he was president:

‘I believe in keeping guns out of our inner cities, and that our leaders must say so in the face of the gun manufacturer’s lobby. But I also believe that when a gang-banger shoots indiscriminately into a crowd because he feels someone disrespected him, we have a problem of morality. Not only do we need to punish that man for his crime, but we need to acknowledge that there’s a hole in his heart, one that government programs alone may not be able to repair.’
– Barack Obama, October 1, 2006, The Audacity of Hope, p.215

Will Obama be able to achieve all this now that he’s president?

The Tiahrt Amendment prohibits the Bureau of Alcohol, Tobacco, Firearms and Explosives (BATFE) from releasing to the public any information about gun trace data. It does allow enforcement agencies to access the data during a criminal investigation.

It’s believed that Obama and Biden will repeal the Tiahrt Amendment in an effort to give law enforcement access to gun trace data so they have the tools they need to fight against gun crimes. The BATFE is very much against the repealing of the Tiahrt Amendment, as they know from experience that any investigations they are currently conducting would be compromised and that the lives of some officers could be in danger.

Gun Rights and Obama: Urban Policy
Americans can be certain that changes are about to happen under the new Obama administration in particular when it comes to cleaning up crime in urban centers. Obama’s urban policy, found on his website, outlines some of his goals:

‘ As president, Barack Obama would repeal the Tiahrt Amendment, which restricts the ability of local law enforcement to access important gun trace information, and give police officers across the nation the tools they need to solve gun crimes and fight the illegal arms trade. Obama and Biden also favor commonsense measures that respect the Second Amendment rights of gun owners, while keeping guns away from children and from criminals who shouldn’t have them. They support closing the gun show loophole and making guns in this country childproof. They also support making the expired federal Assault Weapons Ban permanent, as such weapons belong on foreign battlefields and not on our streets’.
– President Barack Obama, Crime and Law Enforcement, Urban Policy, 2009

With so much debate and controversy over how and what Obama is going to do about gun laws and the second amendment, it will be interesting to see how the country reacts when he actually takes his first steps towards change.