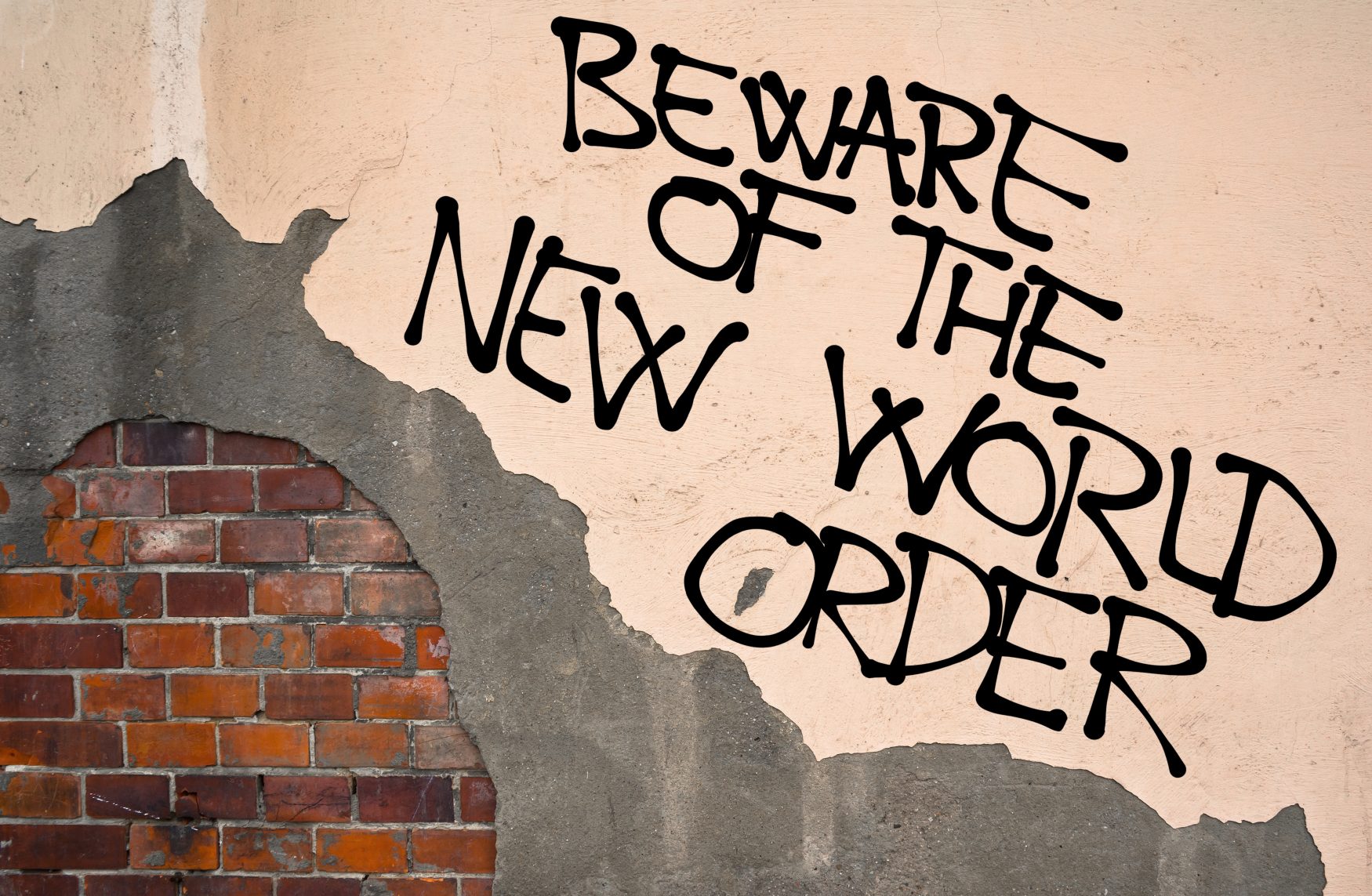 A New World Order Means Global Enslavement. The Time to Act is Now, While You Still Have the Freedom to do Something About the Rising Global Fascist Force.

A new World Orders means the Order the elitists have been loyal to will now be the controlling order for the entire world.

The actions of these elitists have positioned themselves to control everyone and everything around the globe.

For generations these elitists have had one goal. That goal is to have supreme power and to use that power for self-serving purposes.

With history reflecting so clearly the covert and deliberate actions of the people that have perpetuated globalization and want to bring in the New World Order, the intent becomes crystal clear.

These people will stop at nothing to have an empire that they rule for the sole purpose of personal gain.

Compassion and actions of the heart and human spirit are unknown to these people and they have proven this from generation to generation within their lineage.

The ones that came to the United States attempted at the very beginning to overthrow it and bring it back under the British Empire.

Their pretense in the modern world of caring for the United States and being stewards of it at the highest level of the federal government became yet more transparent during the Bush administration as the Constitution was repeatedly ignored.

Under Obama the abuses are proving to be even greater.

The brutality against the world population and the disdain for its citizens are only glimpses of how the elite will operate once globalization is complete.

A New World Order means this type of psychopathic mentality will be how the new world will be brought down to its knees and enslaved by maniacs.

Women in India are crying out for help as they slave in factories set up to prove how wonderful globalization is and how it helps poorer countries.

These women work horrible hours for ridiculous wages and are neglecting their families as they slave away.

This scene is not in one factory in India, nor is it in one country.

Does anyone really believe that once we are all under a New World Order we will all have wonderful jobs and fantastic lives free of worry and stress?

With RFID technology and implants used to track people, along with our Constitution torn down, the situation will lead to a world population enslaved and controlled by a few terrible rulers.

This group of elitists has lost their hearts and souls and we simply must not let them be the ones to control our world.