A Phony War on Drugs Shakedown 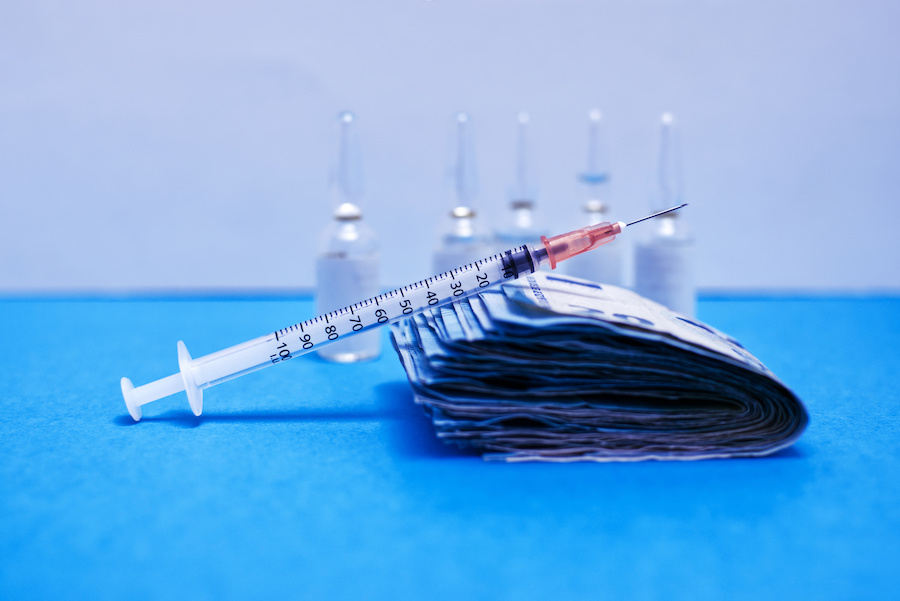 A Phony War On Drugs Feeds the Prison Industrial Complex. The Government Brings Drugs Into the Country, Then Prosecutes Citizens for Having & Being Addicted to Them.

The government has used a phony war on drugs as a way to keep the media spotlight off failed attempts in its governing of society. Distraction is an effective tool of the global elite.

As long as the media is focused on the war on drugs, they will not see the problems that are occurring in the government on a daily basis. The United States is far behind in many areas, and because of that, they have used drugs as a scapegoat in fear that the public might realize what the real problems are.

Fear, aggression and desperation are a very dangerous mixture, and they are the weapons the government is using against its own people to maintain them. Pay no attention to the man behind the curtain.

As they focus on drugs, they are then not able to focus on the real problems, which is why the United States government is so out of control. The decline of education is not because of drugs, yet the administration wants people to believe the war on drugs is the only way to get education numbers back up.

The deficit is not because of drugs, yet the administration would like the world to believe money will be saved once drugs are taken off the street.

In fact, money is being lost because of a phony war on drugs and not because of the drugs themselves, yet the government will not admit this so they can move forward. This war on drugs was only created in order to generate excitement from the American people.

The intention was never to truly rid the population of drug use; the government realizes that is not a possibility and would be a waste of time and resources. However, they do have to pretend they are fighting the war so they will seem powerful and will look as if they are fighting for something.

Since they are no longer fighting for the American people, it is important for them to give the impression something is worth fighting for. That is why this war has come into play, and it’s why the government refuses to stop.

A Phony War on Drugs Benefits Ggovernment
When the government is able to keep the people in a state of high alert, they benefit.

They are able to do whatever they want because people are afraid. They can then manipulate the citizens of the United States and get exactly what they want.

A Phony War on Drugs Keeps the People Afraid
By instilling a continual charade of fear in the masses, the people will be diverted by their fear and become more susceptible to suggestions; thus, their attentions wane from broken promises of the government.

People react when they think their personal safety is being jeopardized. They know nothing else but to put their trust in the government, a trust that the government has not earned

With so many drugs available on the streets and most of them being made overseas, one has to ask the question, “How are all these drugs getting into the country?” The picture becomes very clear if you try to imagine the American drug supply coming over our borders in the suitcases of drug smugglers using the nation’s airports.

Only large vessels capable of overseas transport could possibly bring in the tons of Cocaine and Heroin that keep the masses enslaved on a yearly basis. The only people in the world with that kind of transportation and the clout and ability to move such huge quantities of drugs under the nose of law enforcement is the U.S. Military.

It is no secret that the coffins of soldiers returning from Viet Nam were packed with Heroin and Uncle Sam has been the only real drug dealer in the neighbohood since he realized the immense profit potential and the degrading effect on society. What better way to make extra cash and keep the inner-cities frought with crime and misery? Drugs are just what the NWO ordered.