Awakening from the Cult of Ignorance

Ignorance is a lack of knowledge and information. The word “ignorant” is an adjective that describes a person in the state of being unaware, or even cognitive dissonance and other cognitive relation, and can describe individuals who deliberately ignore“We were born to be free… to build things and grow our own food, develop our skills and be creative, not to lose ourselves in shopping, technology and mindless consumption. We are here to love and practice forgiveness, not to make war, seek revenge and take the lives of others. Here to share our wealth, to be noble and generous, not to hide behind high walls and hoard possessions…” 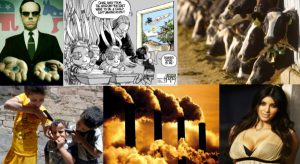 We live in an age where the delusions and ignorance of modern civilizations have become the global norm.  Most of the problems in our world stem from how “civilized” humans have compartmentalized life in such a way as to hide reality from ourselves and other people. A fantasy view of reality, what Buddhists call samsara, has been packaged, marketed and sold to the masses by those in positions of influence and power.

This has been done on purpose, has been the “operating code” of hierarchical human civilizations for thousands of years. Our leaders don’t want us to know what is really going on, with anything. This was as true of pharaohs and kings in the past as it is of large corporations, governments, billionaires, military leaders and media elites now.

The compartmentalization of knowledge and intentional hiding of facts is how those in power maintain control. They hide how food is produced, how wars create future terrorists (and civilian casualties), how education is being intentionally dumbed down, how the earth’s ecosystems are being destroyed, how politicians are corrupt, how democracy has been rigged, how debt enslaves people and wealth is accumulated unfairly.

Most importantly, they try to keep us in the dark about how all this is harming us now and will harm generations far into the future. Instead of the truth, we are fed a fantasy view of reality, constructed by slick policymakers, speech writers and marketing wizards. These deceptions and illusions are spread through newspapers, advertising, TV dramas, magazines and even the way children are taught in schools.

This is the challenge of mind control and tyranny that our ancestors battled for centuries, that we of the 21st century are still struggling with. It’s way bigger than the economy, the debt, the stress, the political unrest and social dysfunction we see all around us.

If current generations don’t throw off the delusions of ignorance and open our eyes to what is REALLY going on, our children and grandchildren will continue to be enslaved, not only by the lies, but also by the very real and harmful consequences that our ignorance of reality has been producing.

Without a clear vision and understanding of the unity and interdependence of the world, we are unable to make wise judgments and choices. Wisdom requires creative and critical thinking, the ability to understand causal relationships and connections, so as to judge which actions will have positive consequences, and which actions will most likely create harm.

The cult of ignorance twists and compartmentalizes our thoughts so that it’s harder for us to make wise choices and judgments. We choose what we are told to choose, what tastes good, looks good, feels good in the moment and benefits those in power, but is in truth harmful for the rest of us, for the earth, and our future descendants.

Are you ready to wake up from this, to embrace our true potential, interdependence and wholeness? We need to wake up, each of us, and then wake up others, wake up our family, friends and children. It’s the only way the cult’s power can be overthrown and diminished.

We were born to be creative and free, not to serve others like serfs and robots. We were born to build things and grow our own food, develop our skills and be innovative, not to lose ourselves in shopping, mindless technologies and consumption. We are here to grow spiritually, to love and practice forgiveness, not to make war, seek revenge and take the lives of others. Here to share our wealth, to be noble and generous, not to hide behind high walls and hoard possessions.

We can wake up and turn the tide. Humans must wake up, there is no choice. Now is the time. We need the richest and most powerful among us to awaken as well, to share their wealth and power, to behave more wisely and compassionately. Our children, all the creatures of the earth and the future of life on our planet now depend upon us, all of us, to awaken from this spell of ignorance and become wiser as a species. 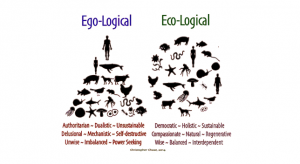 “People normally cut reality into compartments, and so are unable to see the interdependence of all phenomena. To see one in all and all in one is to break through the great barrier which narrows one’s perception of reality.” ~Thich Nhat Hanh

“I think the difficulty is this fragmentation. All thought is broken up into bits. Like this nation, this country, this industry, this profession and so on… And they can’t meet. That comes about because thought has developed traditionally in a way such that it claims not to be affecting anything but just telling you the way things are. Therefore, people cannot see that they are creating a problem and then apparently trying to solve it..” ~David Bohm, Wholeness: A Coherent Approach to Reality

This article was originally published at https://creativesystemsthinking.wordpress.com/2015/07/16/awakening-from-the-cult-of-ignorance/