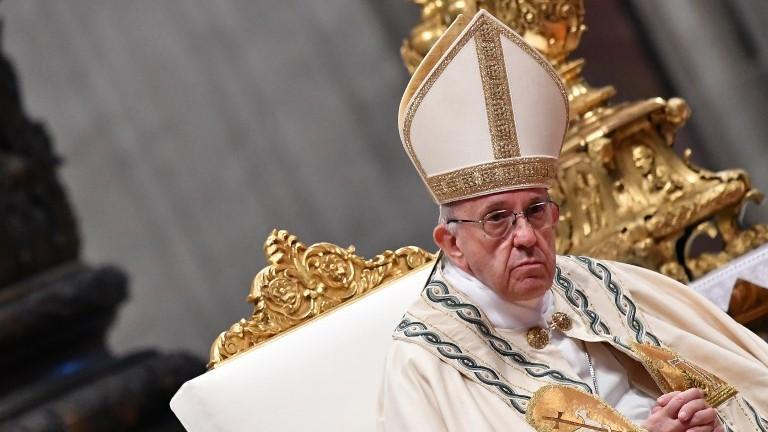 The Catholic Church is crumbling due to the decades of allegations involving pedophilia and child abuse. It looks as if the breaking point may have been reached with 34 Chilean Bishops resigning in what may be the single largest amount of resignations in the history of the Vatican.

We’ve witnessed Priests, Bishops, Cardinals, and even close advisers to the Pope face allegations of pedophilia-obsession through child pornography and the molestation of children, and watched as the Catholic Church and the Vatican have attempted to cover up many of those cases.

In Chile, an ongoing crisis involving clerical child-sexual abuse has brought the entire body of the Chilean Catholic Bishops Conference to its knees, quite literally, with the 34 Bishops who make up the religious affront writing a “Declaration of the Bishops of the Episcopal Conference of Chile, in Rome,” where they each submitted signed resignations to Pope Francis. 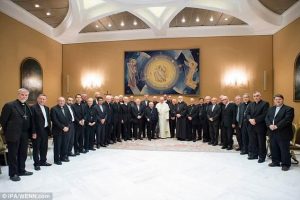 The measure is said to devastate the predominantly Catholic nation and send shockwaves all across the globe as two Chilean Bishops announced the unified decision at a press conference following a three-day meeting with the Pontiff. every active Chilean bishop offered to resign Friday over what Pope Francis said was their “grave negligence” in investigating abuse and protecting children.

Pope Francis had summoned the 34 bishops to Rome after admitting that he had made “grave errors in judgment” in the case of Bishop Juan Barros, who is accused by victims of Chilean priest, the Rev. Fernando Karadima, of witnessing and ignoring their abuse.

But the scandal grew beyond the Barros case after Francis received the report written by two Vatican sex crimes experts sent to Chile to get a handle on the scope of the problem. Their report hasn’t been made public, but Francis cited its core findings in the footnotes of the document that he handed over to the bishops at the start of their summit this week.

The AP subsequently reported that Francis had received a letter in 2015 from one of Karadima’s most vocal accusers, Juan Carlos Cruz, detailing Barros’ misdeeds. That letter undercut Francis’ claim to have never heard from victims about Barros. Francis further enraged Chileans and drew sharp rebuke from his top abuse adviser when, during a January trip to Chile, he said the accusations against Barros were ‘calumny’ and said he was ‘certain’ he was innocent.

Never trust a Jesuit, especially when he’s the pope.