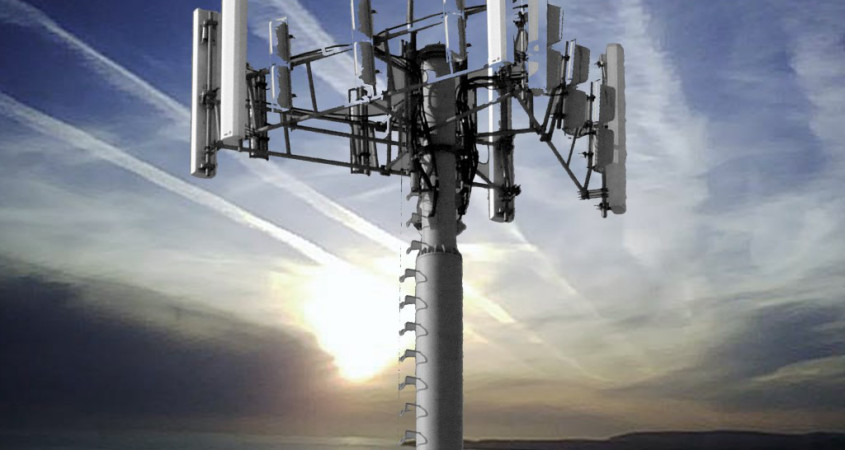 North America has been suffering dangerous aerosol and electromagnetic weapons operations conducted by the U.S. government under the guise of national security.

Concerned citizens watch in fear as military tankers discolor the skies with toxic chemicals that morph into synthetic clouds.

Part of what is happening in the atmosphere above us involves the Pentagon’s secret space weapons program, designed for strategic, operational and tactical levels of war.

NASA missions will soon be transferred to Pentagon control. 1 The Air Force Space Command declares that, in order to monitor and shape world events, it must fight intense, decisive wars with great precision from space. Air Force Secretary James G. Roche has stated:

“Space capabilities are integrated with, and affect every link in the kill chain.”

A glimpse into new death technologies under construction is in legislation introduced by Ohio Congressman Dennis Kucinch. His unsuccessful Space Preservation Act of 2001 was intended to ban space deployment of:

* chemtrails (this item was stricken from a later version, suggesting duress)

The purveyors of perpetual war have deliberately dimmed earth’s life-giving sunlight and reduced atmospheric visibility with lung-clogging particulates and polymers.

This ecological terrorism has severely compromised public health, according to thousands of testimonials.

Years of mass appeals to legislators, media and military officials for information, and for cessation of catastrophic atmospheric degradation, have fallen on deaf bureaucratic ears.

Public awareness of what befalls us remains as murky as our skies because those “in the know” are muzzled by national secrecy laws and Americans have no authority to challenge matters of national security.

Gross chemical and electromagnetic pollution is only part of the horrific realities we endure. The sociopaths who brazenly pervert skies, climate and weather for power and profit are the same madmen who have waged four limited nuclear wars since 1991.

Radioactive weaponry, declared both illegal and immoral by the entire civilized world, has been used by the Pentagon in Desert Storm, the Balkans campaign and the on-going occupation-wars against Afghanistan and Iraq. Few Americans understand the extent of carnage inflicted in their name across the planet.

By scientific definition, the missiles, tank penetrators and bunker-busting bombs unleashed against Iraq and Afghanistan by U.S. and British forces in the so-called war on terror are nuclear weapons.

Refuse from radioactive weaponry does not disperse, but remains in the atmosphere organotoxic, mutagenic and carcinogenic to all living flesh for 4.5 billion years. 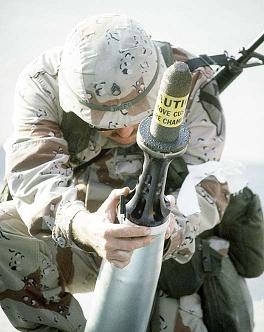 Victims of U.S. weaponry used in Afghanistan have a concentration of non-depleted uranium isotopes in their bodies never before seen in civilian populations.

Using data from the United Kingdom Atomic Energy Authority (UKAEA), nuclear scientist Leuren Moret calculates that the estimated 2,500+ tons of depleted uranium used against Iraq in 1991 and 2003 is sufficient to cause 25 million new cancers. Is it a coincidence that the population of Iraq, according to the CIA, is 25 million?

The quarter-million U.S. and British fighting forces who have helped the Pentagon deliver this holocaust also face inevitable radiological death by slow burn.

Rotated into atomic war zones since 2001, coalition troops have inhaled and ingested millions of tiny invisible ceramic uranium particles which emit alpha, beta and gamma radiation as they embed in lungs, kidneys, blood, lymph and bone.

Radiation exposure to a single internalized U-238 (uranium) alpha particle is 50 times the allowable whole body dose for one year under international standards.

As U-238 decays into daughter isotopes, it becomes ever more radioactive, causing cell and organ destruction to escalate over time. Uranium contamination leads to incapacitating, multi-organ system disorders identical to illnesses suffered by thousands of Gulf War I vets.

Despite disingenuous denials that biological harm will result from atomic warfare, the Pentagon knows full well the gruesome realities of uranium weaponry by virtue of its own studies spanning 60 years.

Pentagon documents confirm that America’s war establishment knowingly exposes its own troops to dangerous levels of radiation. The resulting illness of those now returning from the war zones is already making headlines.

Because our military-industrial overlords brazenly poison the very grunts who make their war games possible, we must logically conclude there is virtually nothing they would not secretly and sadistically do to the rest of us. Military officials lie as perniciously about chemtrail operations as they do about effects of DU weaponry.

If people were to consider the published science regarding chemtrails and DU, they would understand that we are all in mortal jeopardy.

Both the Pentagon’s aerosol operations and its limited nuclear wars are deeply interconnected.

We can trace the beginnings of Operation Cloverleaf right to the Strangelove brain of Dr. Edward Teller, father of the hydrogen bomb and proponent of nuking inhabited coast lines to rearrange them for economic projects.

Before he died in 2003, Teller was director emeritus of Lawrence Livermore National Laboratory, where plans for nuclear, biological and directed energy weapons are crafted.

In 1997, Teller publicly outlined his proposal to use aircraft to scatter in the stratosphere millions of tons of electrically-conductive metallic materials, ostensibly to reduce global warming.

Shortly after Teller’s presentation, the public began seeing frenetic chemtrailing. In 2000, CBS News admitted that scientists were “looking at drastic solutions for global warming, including manipulating the atmosphere on a massive scale.”

CBS confirmed that the plan to load the air with tiny particles would “deflect enough sunlight to trigger global cooling.”

Teller estimated that commercial aircraft could be used to spew these particles at a cost of 33 cents a pound.

This gives credence to a report by an airline manager, forced by a compulsory non-disclosure agreement to remain anonymous, that commercial aircraft have been co-opted to assist the military in consummating Project Cloverleaf.

A 1991 Hughes aircraft patent confirms that sunscreen particulate materials can be run through jet engines.

Cloverleaf particles and polymers saturating the air we breathe are smaller than 10 microns (PM 10) and are invisible to the human eye. By comparison, a human hair is 60 to 100 microns in thickness.

Scientists and the EPA report that because PM10 and sub-micron pollution particles bypass lung filters and enter the bloodstream, they cause radical changes in the endocrine and nervous systems.

They can trigger high blood pressure and cause heart attack within two hours of inhalation. They cause the blood to become sticky, making it tougher for the heart to pump and increasing the risk of blood clots and vessel damage.

What Can You Do To Combat The Poisons Being Dropped On Us?