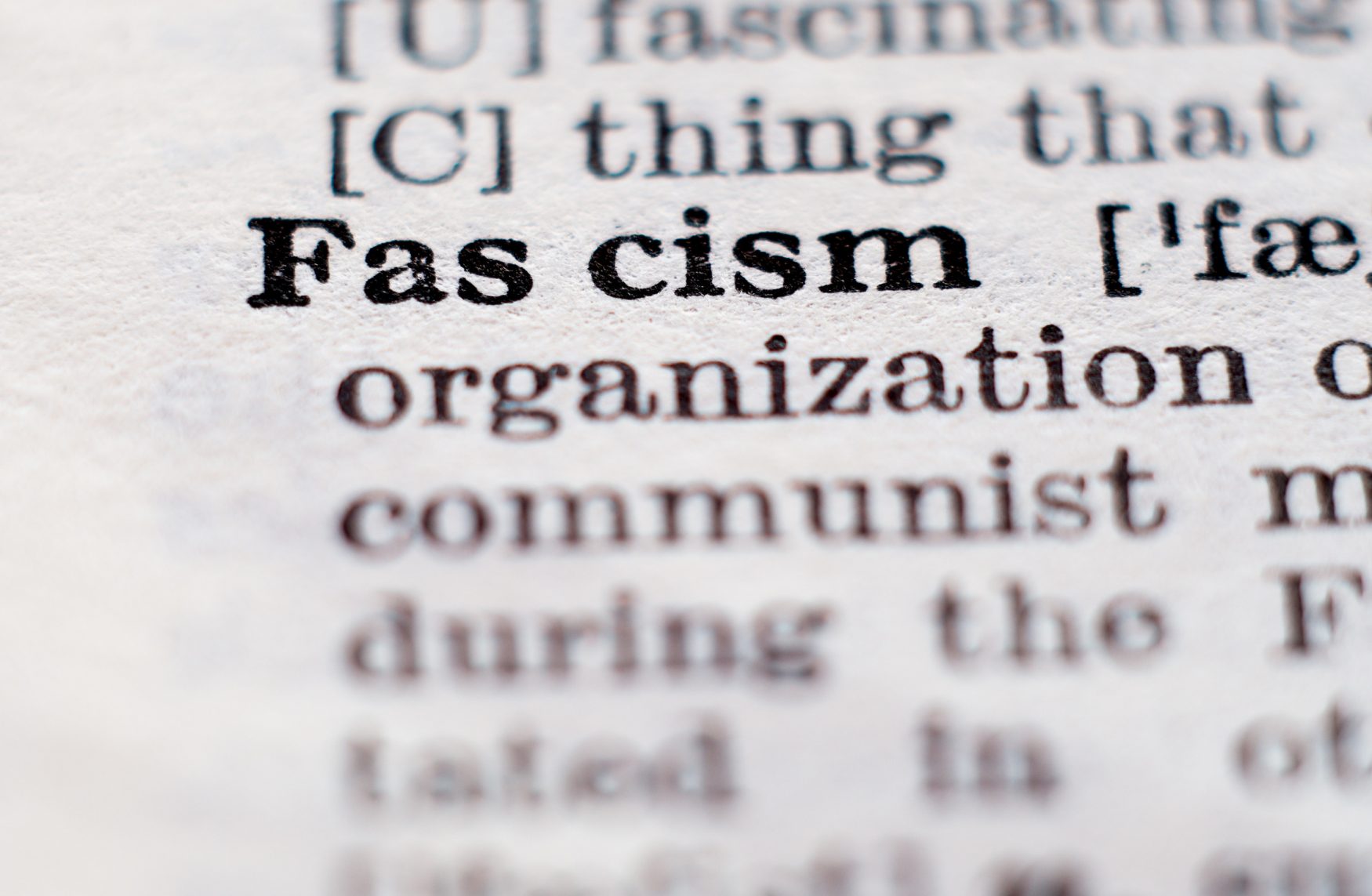 Collection of Quotes About Fascism to Help You Understand the Evils of Fascism.

“Fascism is capitalism plus murder.”

“Under the species of Syndicalism and Fascism there appears for the first time in Europe a type of man who does not want to give reasons or to be right, but simply shows himself resolved to impose his opinions.”

“Fascism should more appropriately be called Corporatism because it is a merger of state and corporate power.”

“The history of mankind is a history of the subjugation and exploitation of a great majority of people by an elite few by what has been appropriately termed the “ruling class”.

“The ruling class has many manifestations.

“It can take the form of a religious orthodoxy, a monarchy, a dictatorship of the proletariat, outright Fascism, or, in the case of the United States, corporate statism.

“In each instance the ruling class relies on academics, scholars and “experts” to legitimize and provide moral authority for its hegemony over the masses.”

“I have often thought that if a rational fascist dictatorship were to exist, then it would choose the American system.”

“The worldwide, age-long struggle between Fascism and democracy will not stop when the fighting ends in Germany and Japan.”

“We enter parliament in order to supply ourselves, in the arsenal of democracy, with its own weapons.

“If democracy is so stupid as to give us free tickets and salaries for this bear’s work, that is its affair.

“We do not come as friends, nor even as neutrals. We come as enemies.

“As the wolf bursts into the flock, so we come.”

“That which the Fascists hate above all else, is intelligence.”

“My father was a slave and my people died to build this country, and I’m going to stay right here and have a part of it, just like you.

“And no fascist-minded people like you will drive me from it. Is that clear?.”

“We have lived through the flood time of Fascism and of the Nazism which ran its meteoric course at a cost to mankind in suffering and waste beyond all computation.”

“No government fights Fascism to destroy it. When the bourgeoisie sees that power is slipping out of its hands, it brings up Fascism to hold onto their privileges.”

“Our movement took a grip on cowardly Marxism and from it extracted the meaning of Socialism.

“It also took from the cowardly middle-class parties their nationalism.

“Throwing both into the cauldron of our way of life there emerged, as clear as a crystal, the synthesis. German National Socialism.”

“Fascism is fascism. Terrorism is terrorism. Oppression is oppression.”

“Fascism will come at the hands of perfectly authentic Americans.”

“Fascism, the more it considers and observes the future and the development of humanity, quite apart from political considerations of the moment, believes neither in the possibility nor the utility of perpetual peace.”

“I’m afraid, based on my own experience, that Fascism will come to America in the name of national security.”

“The liberty of a democracy is not safe if the people tolerate the growth of private power to a point where it becomes stronger than their democratic state itself.

“That, in its essence, is Fascism, ownership of government by an individual, by a group.”

“Fascism is not defined by the number of its victims, but by the way it kills them.”

“If we don’t continually evaluate and re-evaluate ourselves, we fall into patterns and believe that what we’re doing is right.

“You fall into movements where no one questions the company line.

“That’s how Fascism began. We have to constantly look at the ways we deal with each other.”

“Fascism is capitalism in decay.”

“Economically, as Globalization is pushed down our throats, people are fractured into tribal communal groups.

“The world is getting more and more fractured.

“Nationalism, nuclearism, communalism, fascism, these things are springing up.”

“And the danger of becoming a thoughtless machine is that you may become mindless and turn to Fascism or whatever.”

“The criterion by which these people judge their action is a simple one.

“If in any part of the world the Communist Party, by no matter what means, is in power, that is democracy.

“If anywhere the Communists fail, then, however fair the conditions, it is regarded as Fascism.”

“Fascism is not in itself a new order of society. It is the future refusing to be born.”

“Diplomacy means all the wicked devices of the Old World, spheres of influence, balances of power, secret treaties, triple alliances, and, during the interwar period, appeasement of Fascism.”

“The American Fascists are most easily recognized by their deliberate perversion of truth and fact.

“Their newspapers and propaganda carefully cultivate every fissure of disunity, every crack in the common front against Fascism.”