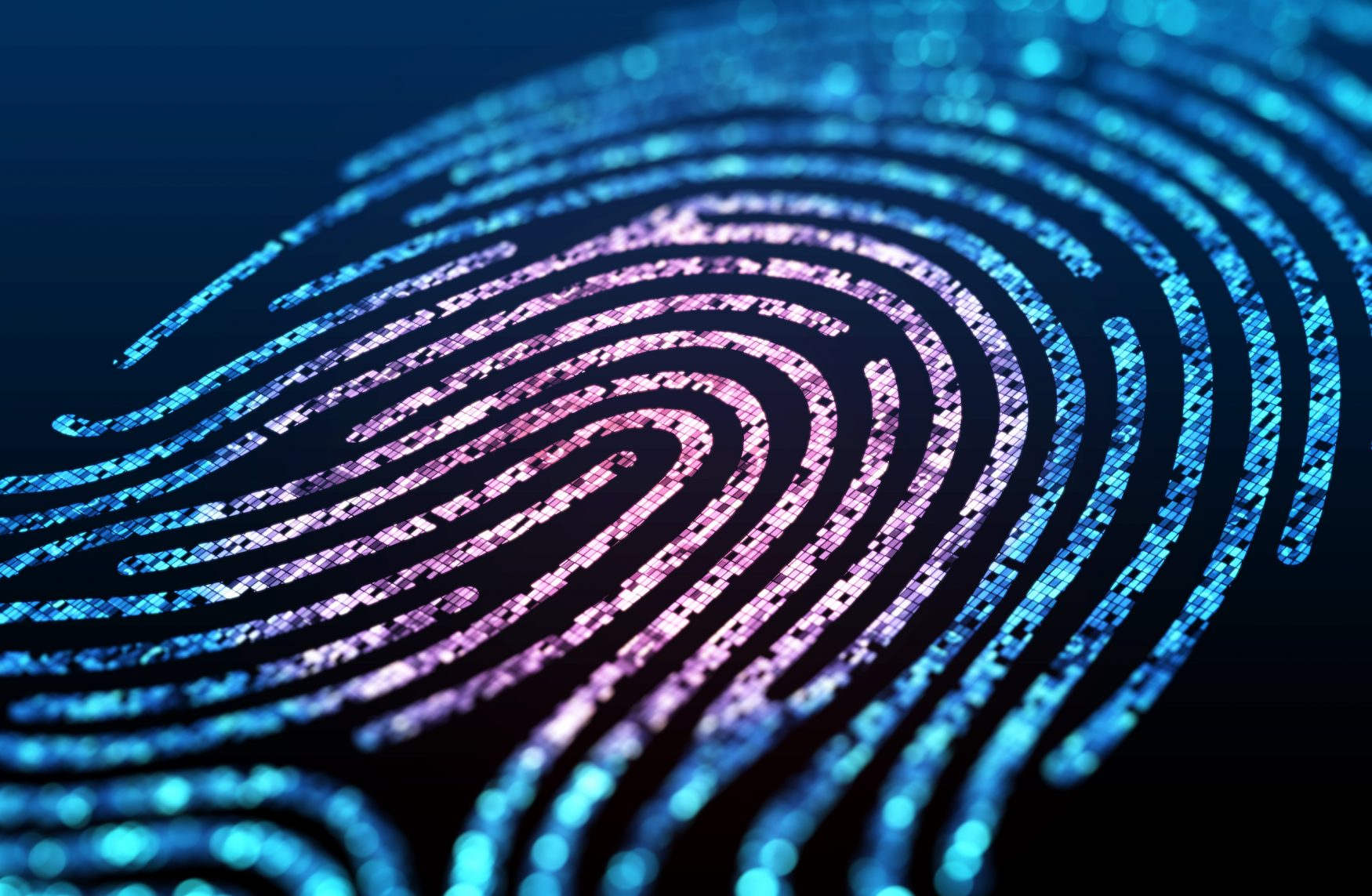 It is the easiest to measure as the technology is relatively simple.

Today a variety of other physiological, as well as behavioral traits are measured and analyzed to confirm an identity.

Face recognition (based on angles and measurements of distinct features), palm prints and iris scans are among the physiological indicators while pitch in a voice, typing rhythm and walking gait are also used.

Roughly 700 million fingerprints are in the files of the FBI.

There are two different types of finger print identification methods.

Some print techniques are minutiae based on finding minute points on the finger and matching them up with prints on record.

This does not account for the global ridges and furrows and is difficult if a print is not extremely clear.

In the correlation approach one print is basically laid over the other; this also has weaknesses regarding, for example, the angle of the print.

Accuracy has come a long way since the time that Sir Arthur Conan Doyle wrote the first series of modern detective novels on the adventures of Sherlock Holmes.

The finger print biometric scan and other biometric measures are getting much wider uses that threaten the privacy of US citizens.

One example is at the Disney theme parks, where a fingerprint is requested with admission.

Some businesses are already using finger prints as an option for customers to pay, based on linking the prints to a credit card or bank account information.

Rights activists and organizations, such as the American Civil Liberties Union (ACLU), have expressed growing concern for loss of privacy.

Growing finger print biometric use for commerce, creates lists that can easily be requested by the federal government.

Agencies have no need for warrants or evidence to request those lists due to existing laws that disregard constitutional order.

In recent years, this threat has grown so great the U.S. is already ranked among the largest surveillance societies in the world, according to the UK based NGO, Privacy International (PI).

PI has ranked the U.S. on a par with Russia and China.

The Chinese already have a vast network of surveillance cameras installed throughout that country in order to monitor movements of the population through face recognition.

Things will Get Worse with Obama

US citizens on the whole are willing to use finger print biometric readers to do what they believe will make their lives easier.

Yet there is nothing to guarantee that they are not simply collaborating with a digitalized monitoring system being put into place in the U.S. and parts of Europe and Asia.

There are estimates that the Obama Administration will spend as much as $1 billion on biometric security in the U.S.

What is to stop this government and future administrations from involving biometric information collected in the private sector, as well to building a broad surveillance network.

Under Democrats and Republicans alike, the FBI and other agencies have carried out illegal actions against dissident citizens, who raise their voices against government action.

Today many of the constitutional rights of citizens have effectively been suspended by draconian laws.

These laws give federal agencies the power for surveillance and investigations on unsubstantiated suspicion.

If citizens do not begin to resist these measures, it appears that the warnings of a totalitarian future may not remain in the realm of Orwellian science fiction.