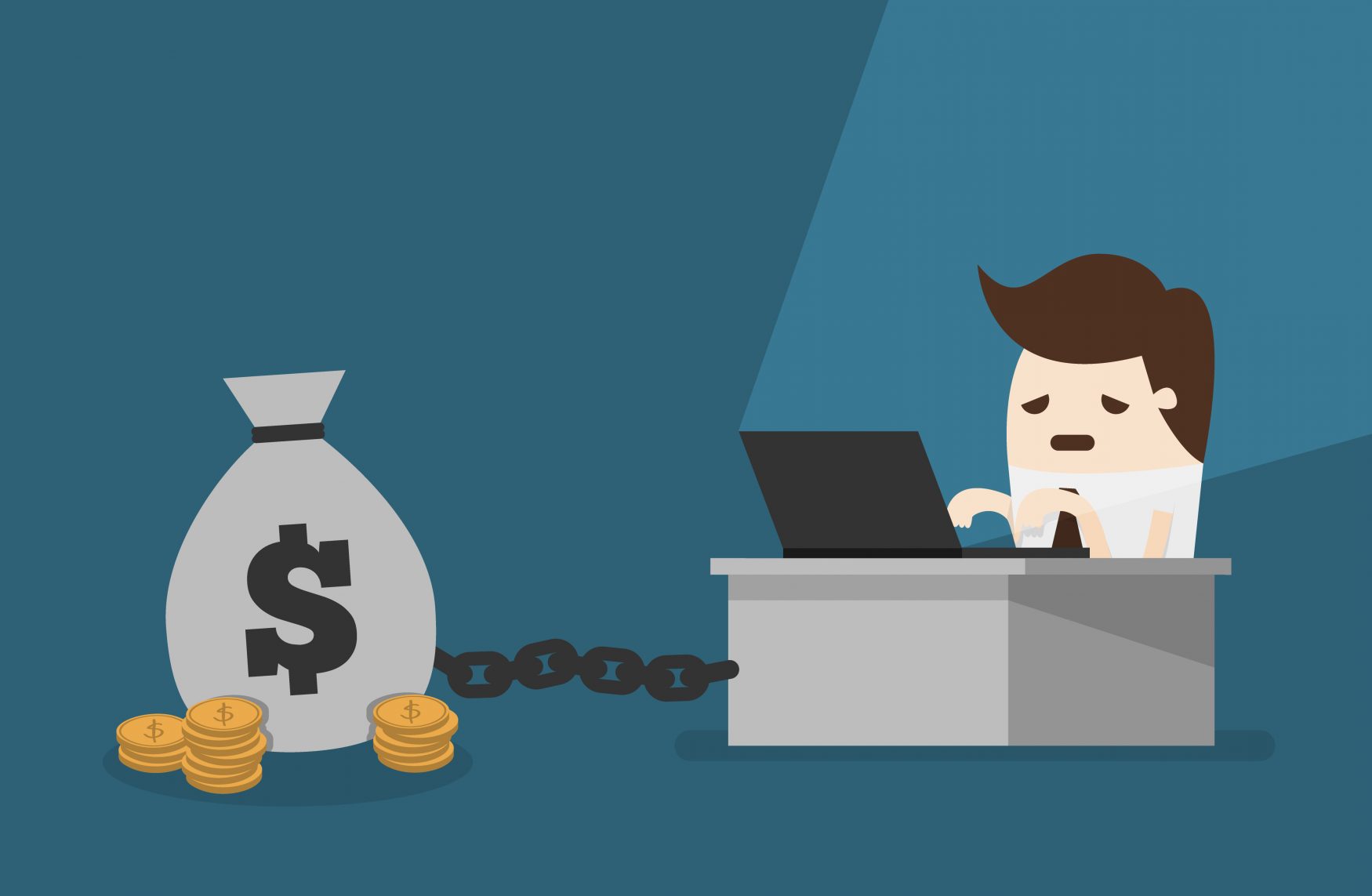 Does The Fractional Reserve Banking System Enslaves the Population.

The fractional reserve banking system started over 500 years ago.

It was started by the Goldsmiths throughout Europe who stored gold in secure premises for wealthy clients.

As these networks of Goldsmiths grew up all over Europe, they provided notes (the first banknotes) which were exchangeable for gold at other locations.

For example, goldsmiths in London might take 100 ounces of gold from a wealthy nobleman in exchange for a note which could be exchanged back into gold in Madrid.

This means that the nobleman could travel from London to Madrid without holding any money and vastly decrease the chance that he would be robbed.

Upon arriving in Madrid the nobleman would exchange the note for the gold and have a good time in Madrid.

As the system grew in popularity, the Goldsmiths observed that at any one time the gold reserves called on by their noblemen customers were not normally more than 10% of the amount of gold on deposit.

Sensing an opportunity for further profit, the Goldsmiths began to lend out the gold on deposit at interest to other nobleman and merchants.

Using other people’s money, the Goldsmiths were able to charge high rates of interest on large sums of money.

This was the beginning of the fractional reserve banking system .

Today, the fractional reserve system is the bedrock of banking throughout the world.

The Most Profitable Game in Existence

Deposits are multiplied by a factor of 10 or so and lent out at interest to the public in the form of loans and mortgages.

The interest charged flows directly back to the banks in the form of profits.

This is one of the most ingenious business models ever invented.

While making a small provision for some bets or loans to go bad, the banks can literally create money from thin air.

This is the reason that in any town or city you visit in the west today, the biggest buildings in the centre of town in the best locations are normally banks.

They are the richest organisations as long as this scam can continue.

The methods banks use to profit grew more complex over the last two decades as they tried to discover new ways to add leverage to this ingenious process.

All sorts of exotic instruments grew up around fractional reserve banking . The latest, greatest and most dangerous was called the CDO.

A CDO is a collateralised debt obligation. This means that although the bank lent the money, they then sold the debt as part of a packaged product to an investor.

Banks traded in these CDO’s and the deal was then insured against default by a CDS, which is an insurance policy to cover the risk of default.

These two derivative instruments, based on a simple premise of fractional reserve banking are what is bringing down our monetary system today in 2009.

Since the time of the Goldsmiths, the fractional reserve banking system has remained largely unchanged.

It is still unethical and immoral today just as it was then.