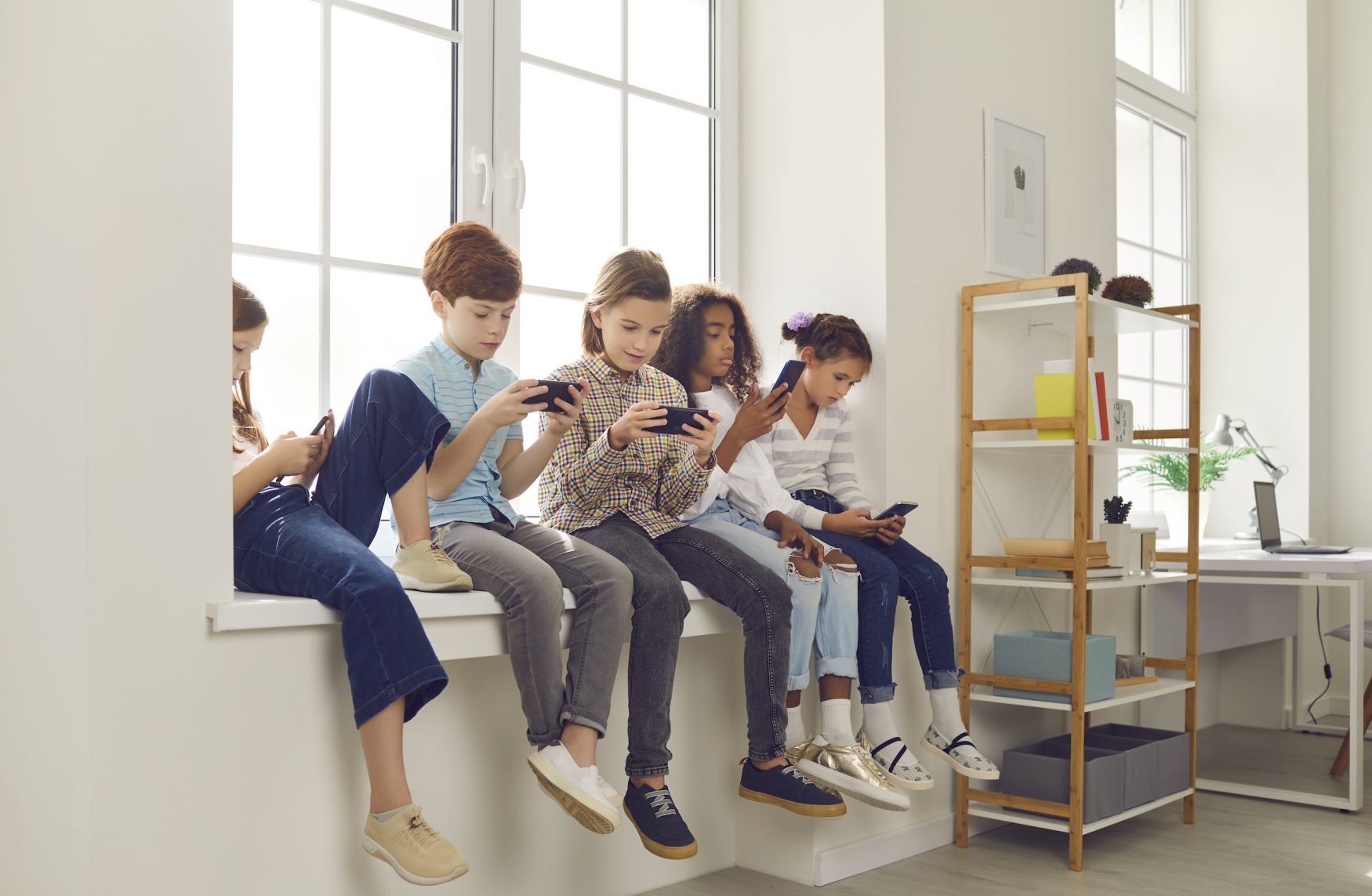 The Banking Cabal is Preparing Children for Future Globalization. The American Way is Being Destroyed as Our Kids Are Left Ignorant of Freedom.

Those pushing the New World Order are preparing children for future Globalization.

When you hear the words “Globalization” or “Global Community” coming from the mouths of today’s “leaders,” understand they mean New World Order.

Since many people have picked up on the New World Order slogan, the world’s elite have gone to using Globalization instead.

After all, what’s wrong with uniting the world into a unifying partnership, right? Nothing, if it was led by normal people without ulterior motives.

But, when the world government structure is being built by those who believe in the UN plan for population control and the idea of a few elite ruling in tyranny, then there’s a huge problem brewing.

Preparing children for future Globalization is a key component to the elite.

They know that those bred on American values and Christian beliefs will in no way lie down easily in the face of their totalitarian plans.

Children are taught in the new American education system to accept the values of a Global Community, servitude, accepting a police state and loss of individuality.

They are an entirely different breed of slaves for the elite.

“A really efficient totalitarian state would be one in which the all-powerful executive of political bosses and their army of managers control a population of slaves who do not have to be coerced because they love their servitude.

“To make them love it is the task assigned, in present-day totalitarian states to the ministries of propaganda, newspaper editors and school teachers.”

The first thing to remember is that America’s unelected rulers, through the over-all U.S. Government conspiracy, are using the corrupt officials in the U.S. Government to destroy American values through education.

Government-run schools in no way are intent to producing solid, free-thinking individuals.

No, the goal is to produce slaves who have been indoctrinated with Socialist/Fascist ideas.

The goal is preparing children for future Globalization.

” … the goal is not to graduate students who cannot read or write or solve concrete problems like math.

“You see, these types of citizens tend to think independently, not as a herd of cattle or sheep.

“These types of citizens do not automatically believe anything and everything they are told; rather, they look carefully behind the scenes to see the truth for themselves.

“The New World Order cannot be realized by this type of citizen, a reality which was realized over a century ago.

“Therefore, Public Education was advocated first, rather than the system of localized private education.

“The government realized that, if they could get the students under their control all day long, five days a week, they could begin to mold the minds of their citizenry into the type of non-thinking citizens described above.

“If this process were carried out gradually, slowly, and with the proper rhetoric, no one would see what was happening until it was too late to stop it.”

–   American Education continues its decline to prepare our students for New World Order.

It’s time for all Americans to know the true purpose of the United Nations. The UN was created by the CFR shadow government.

“The main purpose of the Council on Foreign Relations is promoting the disarmament of U.S. sovereignty and national independence and submergence into an all powerful, One World Government.”

“(America 2000 was written by the National Governors’ Association, chaired by then Governor, Bill Clinton.)

“In 1994, the PCSD published Education for Sustainability.

“…an agenda for action, calling on educators ‘to serve society by fostering the transformations needed to set us on the path to sustainable development.

“That same year, the EFA/ESD goals became President Clinton’s “Goals 2000”, establishing the framework for our National Standards, Curriculum, and Assessments.

“All 50 states adopted Goals 2000 in order to receive the funding that came with it.”

Sustainable Development is a big part of the New World Order.

Preparing children for future Globalization means indoctrinating them with this concept.

In 1987, a report called Our Common Future, at the World Commission on Environment and Development defined Sustainable Development as, “Meeting the needs of the present without compromising the ability of future generations to meet their own needs”.

Further reading into this report reveals that this definition is NWO-speak for controlling every aspect of world economics and society.

One clue about how you and your kids will be controlled if this New World Order is allowed to be built as the elite envision it is outlined in an article from InfoWars.com.

“If the nation escalates to “red alert”, which is the highest in the color-coded readiness against terror, you will be assumed by authorities to be the enemy if you so much as venture outside your home.

“A red alert would also tear away virtually all personal freedoms to move about and associate.

“You literally are staying home, is what happens, unless you are required to be out.

“…internal documents from the U.S. Postal Office in Kansas City, Missouri and Austin, Texas (state) that armed guards will make Federal employees stay in the building for days in the event of a terrorist attack or red alert.

“…his (10 year-old son) son told him that he was denied food and was forced to watch the “red alert” videos for three or four hours a day.

“He reported that school employees told the children that they were not going to be allowed to leave.

“Then men in dark blue uniforms with rifles locked the children and their teachers in their classrooms.

“The children’s fear intensified when they noticed that their teachers did not know what was going on and were afraid themselves, trying the lock in vain attempts to get out.

“The children were then marched outside where flat faced prison-style school buses were waiting.

“The parents I talked to said their children clearly saw ‘U.S. ARMY’ on the side of the buses.

“The children were then marched back to their classrooms and the uniformed men (not local police) disappeared.

“The children were only then allowed to go home”

Again, we must stress that a big part of preparing children for future Globalization is accepting the United States Police State.

Another aspect for preparing children for future Globalization is corporate media brainwashing.

The media indoctrinates our children with a false sense of values, folly, sex and instills a craving for entertainment, not substance.

” …We are fed a steady diet of violence, crime, sex and war [or the rumors of war] but no one is reporting on the real issues of the day, i.e., the steady erosion of our constitutional protections, the steady encroachment of a Federal Government into our private lives and the steady surrender of our national sovereignty to the United Nations [just to mention a few].

“What did New Age author Bill Cooper write in his book, Behold A Pale Horse?

” “Keep the people busy, busy, busy, too busy to think, just like the other animals on the farm”.”

– Excerpt from the above mentioned, American Education Continues its Necessary Decline to Prepare Our Students of Today For New World Order Tomorrow.

One more telling quote from American Education Continues its Necessary Decline to Prepare Our Students of Today For New World Order Tomorrow illustrates how someone is preparing children for future Globalization.

“This is why we have children going through schools without being able to figure simple addition and subtraction in their head.

“This is why these same kids cannot count change back to you at the grocery store.

“Doubtless you can recite many other instances where this kind of tragedy is occurring.

“If the masses are ignorant of true mathematics, real economics, real law and real history, they will be in no position to recognize that someone, someday, is about to take all these wonderful freedoms away, permanently.

“Ignorant people tend to judge superficially, and they tend to place too great a faith in leaders who are not worthy of such trust.

“Therefore, when the planned series of concurrent crises sweeps over America, these woefully ignorant people will allow themselves to be stampeded into allowing whatever plan of action is being proposed. Schools today are lost.

“They do not, indeed can not, teach. Teachers no longer can maintain the elementary discipline and order, without which learning cannot occur.

“Kids are running the schools now, with administrators cringing at the mere thought of a lawsuit.

“Children are not learning Reading, Writing and Arithmetic, but they are learning violence, rebellion, alcohol and drugs.

“Serious children who do want to learn are threatened by this system out of control.

“Other students actively discourage them from performing well. This discouragement too often takes the form of physical intimidation.”