The Capitalism Versus Communism Lie 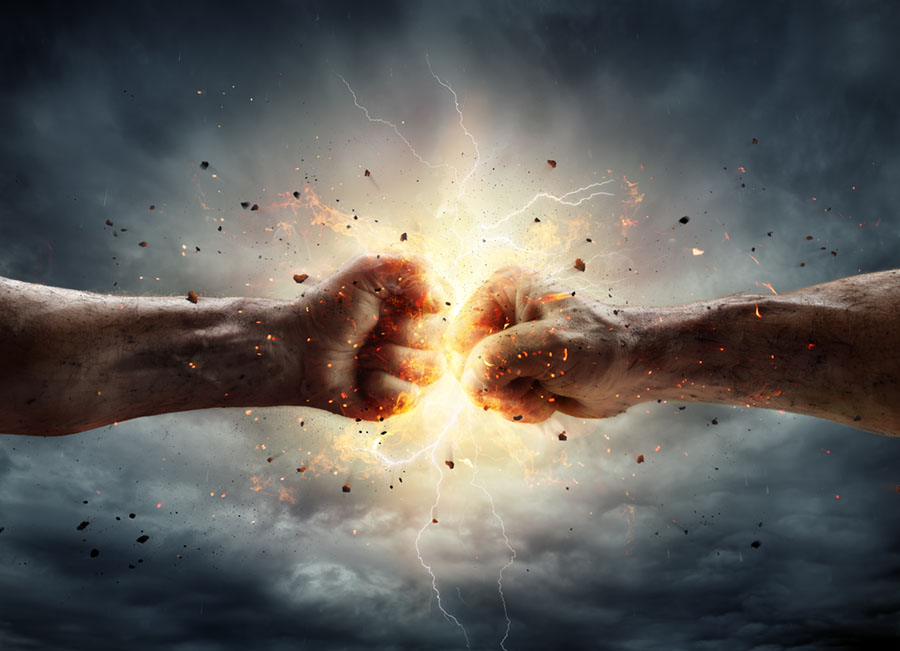 If You Think Capitalism Versus Communism is Real, Learn How Elite Run Western Capitalism Funds a Communist/Fascist/Socialist Plan for America Identical to Fascism.

Many people, when faced with the concept of capitalism versus communism, begin arguing all aspects of each. What needs to be understood is that capitalism and communism go together hand-in-hand.

We’ve read articles where people claim that capitalism is alive and well while communism, fascism and socialism are dead.

This view is indicative of how the masses have been dumbed down and can’t see how a wealthy, banking cartel (the capitalists) fund the very regimes bringing us communism, fascism and socialism.

”The invisible Money Power is working to control and enslave mankind. It financed communism, fascism, Marxism, Zionism, socialism. All of these are directed to making the United States a member of a World Government”.

Let’s begin this capitalism versus communism story with where we stand today.

In October, 2006, Stan Jones, the Montana libertarian running for the Senate was most likely the first politician in United States history to give such a direct and accurate understanding of who’s behind the New World Order movement on a mainstream media platform.

Jones warned of the coming North American Union, its implications, and its communist ideals. The argument against capitalism versus communism can be shown through a number of sources.

What you’re about to learn will be quite shocking if this is your first look into the sad story of how capitalism versus communism is a lie. Capitalism is quite in league with communism.

”We can’t expect the American People to jump from capitalism to communism, but we can assist their elected leaders in giving them small doses of socialism, until they awaken one day to find that they have communism”.

Capitalism Versus Communism: From Russia

”On June 30, 1975, Aleksandr I. Solzhenitsyn, the famed Russian author, lecturer, historian, intellectual, and recipient of a Nobel Prize… advised his listeners of the existence of an amazing and mysterious alliance,
‘at first glance a strange one, a surprising one – but if you think about it, one which is well grounded and easy to understand. This is the alliance between our communist leaders and your capitalists.’ He said the great capitalists of the United States assisted Lenin ‘in the first years of the Revolution,’ and that since then ‘we observe continuous and steady support by the businessmen of the West of the Soviet communist leaders’.’

Solzhenitsyn continues to illustrate the fallacy of capitalism versus communism:

”Even Stalin recognized that two-thirds of what was needed was obtained from the west. And if today the Soviet Union has powerful military and police forces … used to crush our movement for freedom in the Soviet Union … we have Western capital to thank for this also”.

In New World Order: The Ancient Plan of Secret Societies, William T. Still illustrates the fallacy of the capitalism versus communism idea:

”The German chemical giant, I.G. Farben, received, after WWI, a $30 million loan from the Rockefellers’ National City Bank. Without I.G. Farben’s immense resources, ‘Germany’s prosecution of the war would have been unthinkable and impossible’.’ (p. 162)

”In 1939, as the Nazis were poised to attack Western Europe, the Rockefellers’ Standard Oil of New Jersey sold $20 million in aviation fuel to I.G. Farben. There were several Germans on the board of American I.G. Three of them were found guilty of war crimes but none were ever prosecuted”. (p. 162)

In her article, ”Capitalism and Communism Look Equally Bad in Prague”, Naomi Klein reveals how Prague’s youth have a better understanding of the capitalism versus communism reality than most American adults:

”Many of the young Czechs I met this week say that their direct experience with communism and capitalism has taught them that the two systems have something in common: They both treat people as if they are less than fully human.

As we continue to explore how capitalism versus communism is the opposite of reality, let’s see what kind of light John Loftus and Mark Aarons shed on the subject in, The Secret War Against the Jews:

”Hitler told the industrialists (capitalists) what they wanted to hear. If they helped the Nazis increase their vote in 1933, it would be the last election they would ever have to worry about.

”There would be no more elections, no more problems with unions, no more anti-business liberals. When asked how he would handle inflation, he replied ‘with concentration camps.’

”His words brought the house down. The industrialists immediately pledged 3 million marks. Perhaps 3 million marks was small change, but it is an axiom among politicians that the early donations are the most valuable. (p. 58)

”James Forrestal had earned himself the title of the ‘boy wonder’ of Wall Street. Forrestal’s company, Dillon, Read, had helped finance Hitler in 1934. One of Forrestal’s close business associates was an American Nazi collaborator named Alexander Kreuter, who obtained favorable treatment for Western financial interests from the Nazis”. (p. 158)

Your Freedom is at Risk

You’ve learned that capitalists have always been behind communism and that they plan to bring it to America through the North American Union merging of Canada, Mexico and the United States.

They’re already building the NAFTA Super Highway in order to make this a reality. Who are these capitalists pretending that the capitalism versus communism idea is truthful?

They are a secret cabal of banking families. We live in a Plutocracy, meaning the wealthy rule over the poor.

Read the following points of fascism…

A fascist regime will pile lie upon lie until any semblance of truth is gone.

Rather than follow a few timeless laws and ideals, policy decisions are made on a whim in response to current situations, usually by a dictator or dictator-like head of state using terror as a driving force for decisions.

The public is driven by fear to give up freedom and liberty as they’re fooled by propaganda that there’s a major threat to the nation’s safety. Hello America, can’t you see it?

”Every collectivist revolution rides in on a Trojan horse of ’emergency.’ It was the tactic of Lenin, Hitler, and Mussolini. In the collectivist sweep over a dozen minor countries of Europe, it was the cry of men striving to get on horseback.

”And ’emergency’ became the justification of the subsequent steps. This technique of creating emergency is the greatest achievement that demagoguery attains”.

Americans must be awakened to the fact that this idea of capitalism versus communism… fascism… socialism… is a lie, as is most of what so-called American ‘leaders’ spout off each and every day.