The Death of Habeas Corpus in America 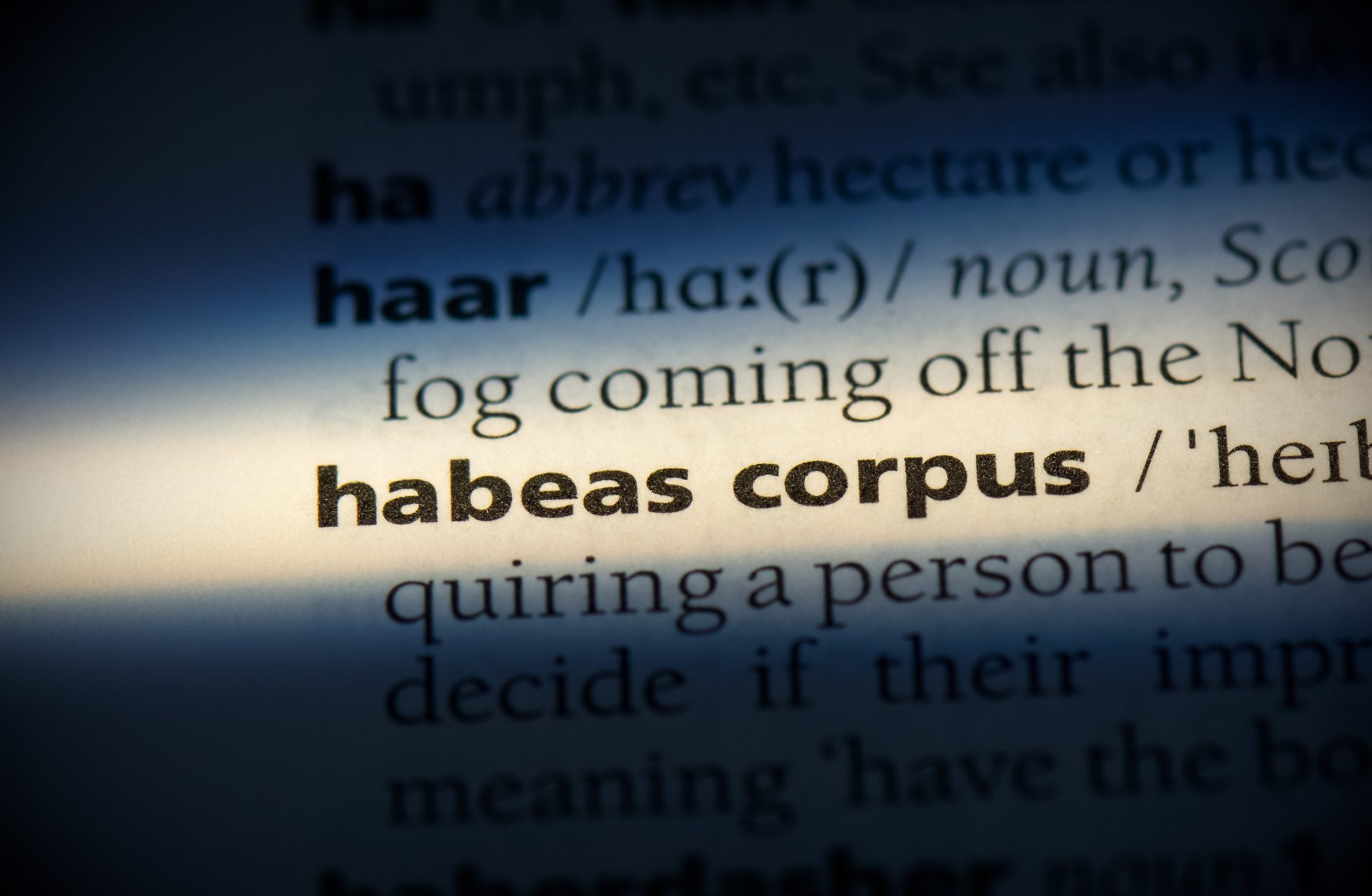 True freedom began with the first habeas corpus procedure in the twelfth century.

Habeas corpus is so important that the Founding Fathers only allowed for two circumstances where it could be suspended, rebellion or invasion, and then only when public safety required such a drastic measure.

Without habeas corpus, it is impossible to freely exercise any other rights.

It is clear the Founders believed that habeas corpus should only be suspended in the most dire of national emergencies.

No government should be permitted to suspend habeas corpus under any other circumstances.

Our current leaders, however, do not seem to share our Founding Fathers’ reverence for the “Great Writ” of habeas corpus.

How do you explain the carelessness with which the death of habeas corpus has been brought about by current leaders in Washington?

Perhaps they are somehow more wise than the Founders; perhaps the Founders were wrong about the importance of habeas corpus.

A better explanation, however, is current policy-makers have no regard for individual freedoms and therefore do not see a problem with destroying them.

The Death of Habeas Corpus and Liberty

If you are imprisoned without a trial, freedom of expression becomes rather useless. Goodbye, First Amendment.

Prisoners keeping and baring arms is typically frowned upon. So long Second Amendment.

Prisoners generally are not immune from search and seizure, so no more fourth amendment.

Due process is obviously impossible without a fair trial. Bye-bye, Fifth Amendment.

No trial means no speedy trial, so the Sixth and Seventh Amendments are finished.

The Eighth Amendment protects us from excessive bail; moot point.

Reserved rights go out the window. So do the Ninth and Tenth Amendments.

We Must Bring Back Habeas Corpus

Habeas corpus is the foundation on which all other rights are built.

This means that we basically have no rights under current the current policy of the federal government.

We must bring back habeas corpus while we are still able to do so.

Now is the time to write your Congressman, call your local television station, and write letters to the editors of your local newspapers.

If we do not act now, we may never be able to act at all.

“The Habeas Corpus Acts declare no principle and define no rights, but they are for practical purposes worth a hundred constitutional articles guaranteeing individual liberty.”