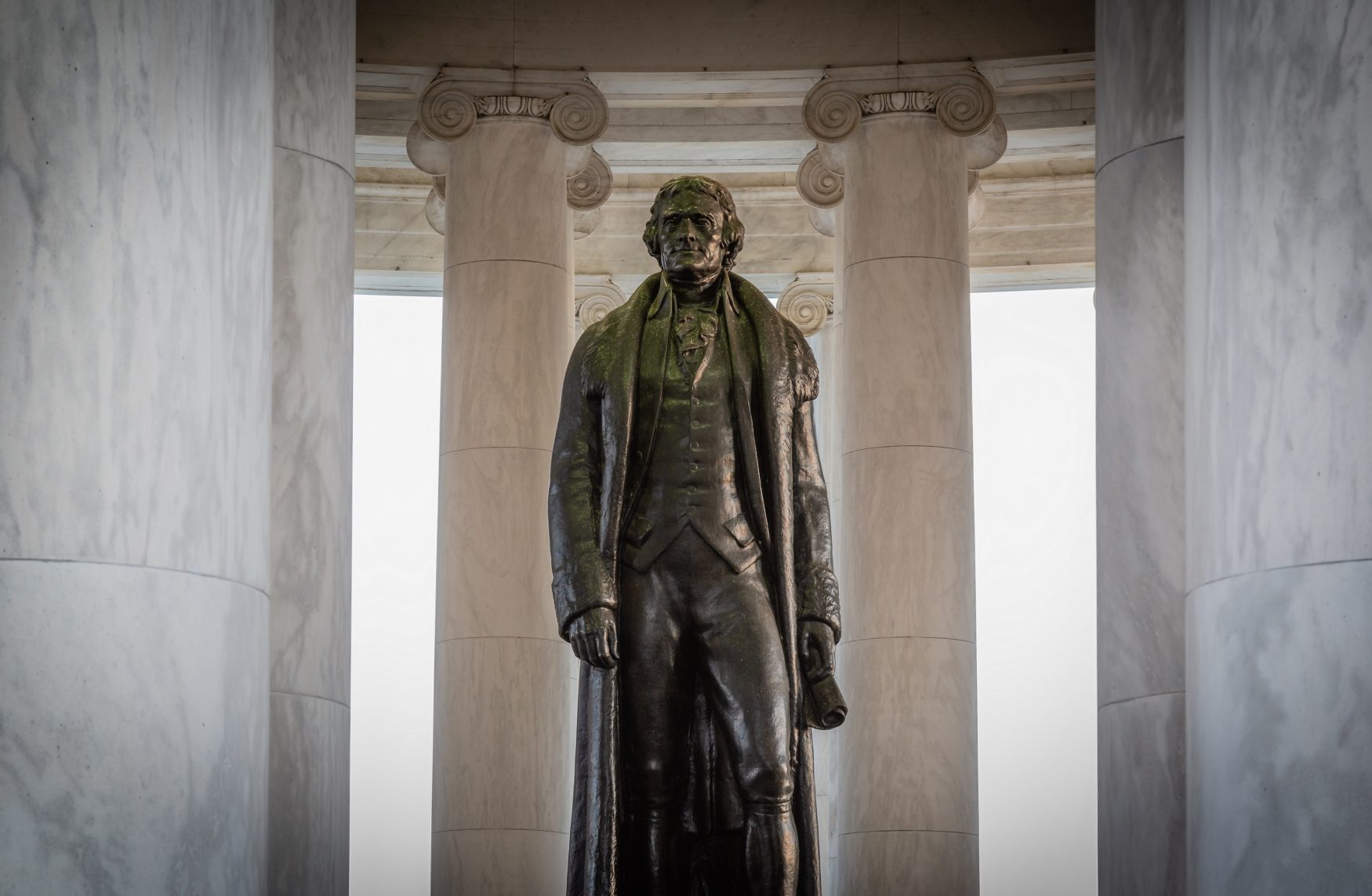 Thomas Jefferson Warned Us About the Dangers of Allowing A Central Bank to Create Our Currency and Now America is Feeling the Effects of the Global Banking Elite.

Thomas Jefferson warned us to never allow a central bank to operate within our borders.

He knew of the dangers and wrote laws in the Constitution to protect us.

The American revolution was a war against the British Empire and the Central Bank of England.

The Central Bank of England tried every way they could to keep the colonists in their debt and proclaim it illegal for them to create their own currency.

The same imperialistic banking families that were active then have remained active and have been relentless in their pursuit of enslaving the people of this country and of the world.

Thomas Jefferson warned us but yet we managed to allow this infiltration to be brought in disguised as a way to bailout the country.

First the Federal Reserve was created to bail us out of banking disasters.

All this did was permanently give away our economic independence.

And now the bailouts keep showing up and every one of them is orchestrated to amass wealth for the imperialist regime that takes on the appearances of presidents, bankers, and multinational corporation owners.

In reality, the same families are pulling the strings.

They simply buy whomever or whatever will help them reach their goals.

The Warning Fell on Woodrow Wilson

“If the American people ever allow private banks to control the issue of their currency, first by inflation, then by deflation the banks and corporations that grow up around them will deprive the people of all property until their children wake up homeless on the continent their fathers conquered.”

Those are the words spoken by Thomas Jefferson when he warned us of the dangers.

Woodrow Wilson fell right into the hands of the scheming imperialists and sold this country to them for a mere pittance in campaign money so that he could become the president.

His pathetic words of regret when he realized what he had done were not even close to becoming accountable, for he should have spent the rest of his days attempting to throw the Federal Reserve System out.

He should have mustered up any and all powerful people that had any integrity left to help him.

All along the way people who knew what was happening should have taken action.

All of us are responsible by ignoring the obvious wrong doings in our government and in our volunteer credit card and mortgage debts.

Now we are in quite a fix with the Federal Reserve joining forces with the rest of the world’s central banking systems and holding secret meetings.

What is it going to take to wake us all and heed the message that Thomas Jefferson warned us about? When are we going to stop playing their game?

We all have hard decisions to make and major adjustments in how we are going to live.

We may have to put down our electronic toys and stop buying fancy cars and get down to the basics.

We may have to join our resources and stop buying the same things that could be shared among one another.

We may have to do these things so that we are able to get out from under the enslavement of the few that are holding all the cards right now.