What Does World Political Corruption Cause? 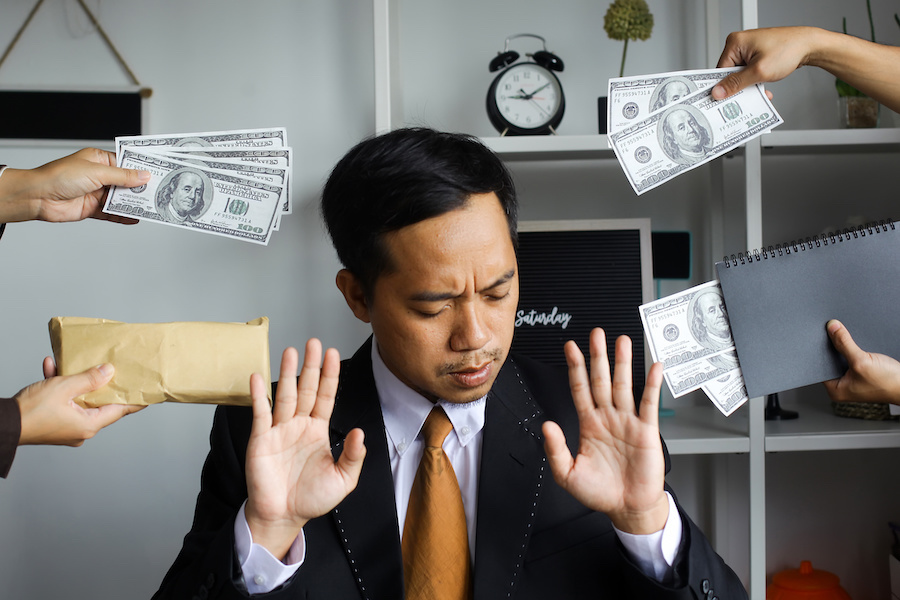 World political corruption has been causing nothing but war, death, and destruction for centuries.

Every single war ever initiated can be traced back to some corporate political agenda and a desire of some ruling power to monopolize control of resources, trade, political power, government, lands, or godly status for themselves and their heirs.

At what point do the people of the world stop being pawns in a game that is being played by a small handful with money and power to the end goal of world dominion?

At what point do the players of the game, which is not a game at all except to them, tell themselves that they have killed enough, maimed enough, crippled enough, and brought down enough people that their warlike tendencies are satisfied, so they can stop the carnage?

For the players it is as if they are playing a worldwide game of chess, with the masses of mankind as their pawns; and as anyone who has ever played chess is aware, the pawns are your most expendable pieces in the game and it is a given that most will be sacrificed to save the king and queen.

However, to the pawns in this worldwide game of chess, life is a much more serious matter and it is certain they are generally unaware of the mentality of the players that consider them to be expendable quantities.

The worldwide corporate force and its quest for power, wealth and control has dominated the lives of the masses of this earth since the earliest of times recorded in historical documentation.

It seems a shame that so many have had to die in the name of wealth and power for an entity that does not even reward their effort, but only moves on to the next unsuspecting target of tyranny.

It seems that the quest for money and power has destroyed the earth to a point where mankind can barely survive the impact of the damage at this point.

All governments are involved in the world political corruption at this point in history, as the balance of power continues to shift through corporate merger and acquisition to obtain control of or destroy the resources that are necessary for life and for all of humanity.

When does Money Become Less Important Than Life?
It is hard to imagine that any person or group of people can justify the amount of carnage that takes place daily on this earth, especially knowing that the only reward is money which cannot sustain life.

Only those who think life is money can disconnect from life enough to cause the death and destruction the quest for money has caused throughout history, yet they don’t understand that money cannot give them life.

Often times the carnage is justified through a religious belief or organization who claims to have some divine purpose and is committing that carnage as an act of God, which makes absolutely no sense at all if one truly understands the force of life in this universe.

Corporate interest has always and will always only destroy life, as without clean air to breathe, fresh water to drink, and healthy food to consume, human life will cease to exist, including the lives of those who chase the money.

World political corruption is the single most dangerous threat to life that there has ever been, and the power of this corruption is greater now than ever before in history, therefore threatening life on all levels.

World Political Orruption Will end in Disaster for all
Before it is all over, world political corruption will be the death of mankind on earth, as the raping of all earth resources and the destruction of the air and water in the refining, production, and distribution of those resources is polluting and destroying all chances for future life on this planet.

It is said that many things cause cancer, however, one of the main causes is rooted deep within the long practiced tradition of the refining, production and use of petroleum products, as these processes cause greatly increased levels of carbon monoxide in the atmosphere, which is the air we all have to breathe.

Also, many other scientific processes which manipulate the reactions of certain chemicals and substances are known carcinogens, yet mankind continues to play god thinking somehow that the resulting cancers are in no way related to their efforts.