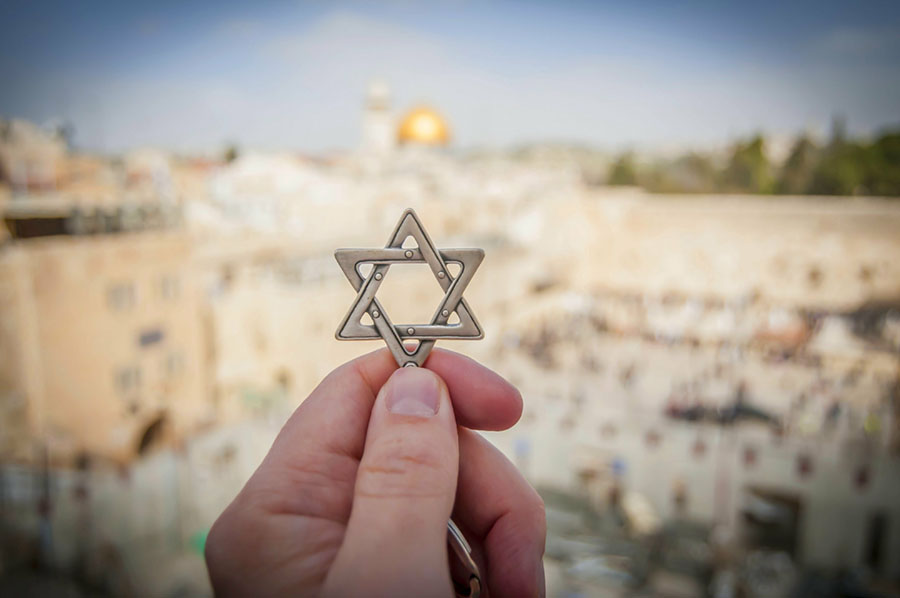 Zionism and Israel Are Often Taken for Synonyms, but They Have Many Differing Philosophies. The New World Order Elite Use Them Both to Further Their Agenda.

The words Zionism and Israel are only sometimes one and the same.

One difference is that one refers to the creation of the other, though both can be mutually supporting.

What’s important is that the New World Order elites use them both to create chaos.

In other words, Zionism refers specifically to the creation of the nation of Israel, but Israel now refers commonly to Zionism as its blueprint for continued justification and survival.

Most of the justifications used to create the State of Israel were based on both out-of-context Biblical claims of prophecy and on horribly misused twisting of the genocidal tragedy known as the Holocaust.

In both cases, Zionists managed to twist the truth and bend it towards their own ends, gaining much support throughout the west and particularly in America.

Zionists will refer to the story of Moses and to the prophecy that Jews would once again occupy the Holy Land–both Biblical references, but both taken out of context.

The story of Moses happened before Christ and while the prophecy of a Jewish homeland is Biblical, the means of getting it (through warfare, state-run terrorism, torture, and more) are not.

While Jews, of course, do not believe in the New Testament, their Christian supporters do and those supporters often ignore the teachings of Christ when applying the Bible to Israel’s policies of genocide and the mass displacement of Palestinian Arabs.

This is commonly done in America despite the fact that we in the U.S. have a long tradition of denouncing those who use religion as a basis for their political attempts at gain.

The Holocaust is not to be ignored as a tactical factor in the Zionists’ rise.

All manner of manipulations are used to force the Holocaust upon people in order to utilize the guilt inherent in the event (and the implied racism it gives) to force the Zionist cause forward without argument.

Of course, anyone who questions Zionism and the policies of Israel is immediately attacked as an antisemite.

Rather than argue the actual issue or questions at hand, the Zionist will instead press a race-baiting agenda to thwart the logical inquiries of the questioner.

Every heart-string possible will be pulled in an attempt to guilt the opponent (or the viewers of the debate) into siding with the Zionist purely on emotional terms.

The Holocaust, anti-Jewish propaganda, neo-Nazi movements, and the rest will be used in an attempt to paint the questioner of Zionism as anything but a rational intellectual.

While this would seem obvious and would be thought of by most rational people as being a low-minded and cheap way to avoid thoughtful debate, it is generally received well by people because of the particular social stigmas related to antisemitism and the Holocaust (and race relations in general).

It has been used so often, however, that it is becoming less and less potent and is being seen more often for what it really is: a cheap attempt to avoid logical debate.

How Zionism and Israel are Racist, Even Towards Jews

Of course, both Zionism and Israel are seen by most to be particularly “Jewish” and both are equated almost immediately with Judaism.

This is a false paradigm also created by the Zionists in order to more easily facilitate the antisemitic debate tactic outlined earlier.

In reality, many Jews oppose the policies of Zionism that Israel employs. Many of the more outspoken are criticized by their Zionist counterparts as “self-hating Jews” or something similar.

It’s an attempt to imply that these Jews are antisemitic without making the obviously impossible argument that they are so.

What is left out is the question of how Zionist Jews treat other Jews who are attempting to emigrate into Israel.

There is a clear hierarchy of “preferred” Jews for admittance into the State of Israel, at the top of which is European Jewry.

Amazingly, if this same tactic were used by any other country say Americans or Briton to segregate or favor one population type over another in so overt a way, world-wide outcries of racism and human rights would ensue. As it is, Israel gets away with this, in the main.

Many Jews, particularly North African Jews and those of the Yemenite tribe, have been persecuted, largely rebuffed, and even called “it” and “they” by their European “friends” in Israel.

Judaism, like the often-quoted Islamic precepts, has a clear definition of Jews versus all other humans (who are considered as lowly as animals).

In fact, the two ideas come from the same basic source Judaism and Islam being very closely related religions; nearer, in fact, than Christianity is to either.

Zionism and Israel and the New World Order

So how does all of this play on the world stage when Zionism is considered from the perspective of the elites pushing to establish a New World Order?

Zionism plays closely into the plans of the NWO elites as it is a sort of experiment in the conditioning, socialized mind control, and other things needed to prepare the eugenic and globalized government plans that the elites are putting into place.

In order for the global government to come to fruition, enough disasters and catastrophes need to happen to virtually require its presence in the minds of most of the modern world.

This began when the League of Nations and then the UN mandated the creation of Israel in Palestine despite the huge out cry of protest from the Arab world.

The eugenics the elites plan to control and diminish the world’s population to “manageable levels” is also important to consider when looking at Zionism.

The policies of Zionism and Israel under Zionist rule are basically genocidal, demeaning all things Arab in their attempts to destroy it.

This can be easily understood as a global plan if it is merely “scaled up” in size, targeting various ethnic or religious groups.

It’s seen in the continued work by Israel to push the United States into further wars of extermination and domination in the Middle East.

Once the New World Order is in place and has control, mass genocides on a global scale will commence.

All for worthy sounding reasons, such as “population reduction” and to thwart “terrorism,” and probably even to control “disease outbreaks.”

It’s likely that Zionism and Israel will lead to the final establishment of the New World Order.