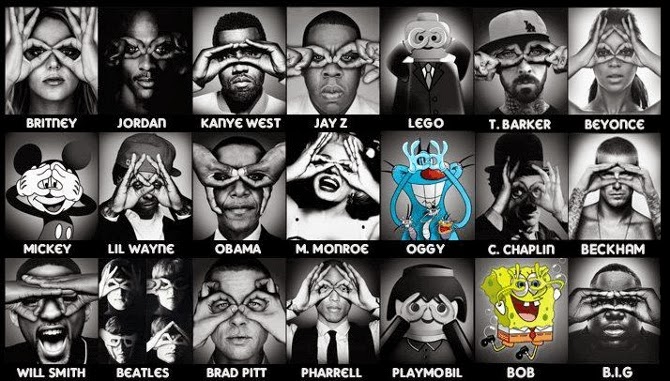 I don’t know if you’ve been paying attention to what’s in the headlines about the dark side of Hollyweird (Hollywood), but just in case you have been busy living your life trying to pay your bills I’ll provide a little recap about America’s Dirty Secret.

Harvey Weinstein is an American film producer and former film executive. He and his brother Bob co-founded Miramax.  He is a wealthy Jewish man who has been accused of rape and sexual assault.  The tally of accusers is up to 78, according to mainstream media outlets. I say mainstream because we know they rarely give you the whole story or tell the truth.

My question is, why are they ratting out a member of “the good ol boys club”?  What are they trying to distract us from?  Like they all of a sudden just decided to start telling the truth instead of airing 24/7 propaganda.  95% of all media outlets are owned by just six corporations and at the top you will find CEO’s and boards of directors all linked into the secret society network.

The scoop on secret societies can be found in my previous blog post here.  Every branch of government and every industry is controlled by one of the many secret societies under the control of the black nobility families.  Make no mistake about it, airing Weinstein’s dirty laundry on a corporate media outlet was not done on a whim.  Like the towers on  9/11, this is controlled demolition.

Then there’s the whole pedophilia accusations made by childhood actor turned reality star, Corey Feldman, who has stated publicly for years that the #1 problem in Hollywood is pedophilia.  He claims now deceased friend and also former childhood actor, Corey Haim, was molested by a big named power player in Hollywood who was still well known in circles to this day.

Yet there’s a twist with Feldman’s motives. I am not in any way stating he is lying about the pedophilia problem in Hollywood.  I completely believe that is true and has been going on longer than most can imagine.  Elijah Wood and others have touched on the issue as well.  My issue is his overwhelming support of the Clintons.

MY 1st TWEET IN 2016 IS TO SHOW SUPPORT FOR @HillaryClinton LETS MAKE AMERICA GREAT AGAIN! @TheBriefing2016#UPHILLpic.twitter.com/t5NSuavw4j 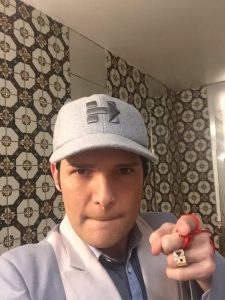 How can he expose the Hollywood pedophiles while supporting the D.C. pedophiles?  What’s really going on here?  The Clintons are no strangers to charities being used as a cover for their criminal operations.

It’s not that I expected Feldman to be a Trump supporter (because I’m not either), but come on how can you glorify this couple who has been exposed in every way, shape, and form to be despicable traitors?

I do not want to slander Feldman and claim he is a shill without touching on the mind control possibility.  If he is under MK Ultra he may really believe what he is saying.

That does not make his claims about Hollywood pedophilia null and void.   Another possibility is someone may be threatening him as well.

I mean the Clintons’ body count is is getting up there so maybe Feldman didn’t want to be added to that number.  Feldman also publicly claimed all the pizzagate accusations were fake as well, which includes alleged pedophile John Podesta.

CONGRATS 2 THE NEXT PRESIDENT OF THE USA @HillaryClinton ON WINNING THE DEMOCRATIC  NOMINATION! I NEVER DOUBTED U! pic.twitter.com/KSU4i86Jrb 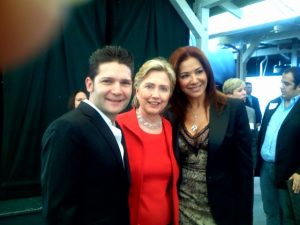 The timing of all of this is quite interesting as well.  Focus on Weinstein and Hollywood ONLY.

Not the political pedophiles.  Cover up the fact that arrests have been made all over the country of pedophile and human trafficking rings which include doctors, cops, wealthy elites, and politicians.

Yet NONE of these make national headlines like all the Weinstein and Feldman coverage.

Also, an ex CIA whistleblower made this shocking confession about the CIA’s role in supplying elite pedophiles with child prostitutes. My God America what has become of this nation?

Just to get you up to speed the following is a compiled list of “pedo” related news that you probably didn’t know about due to all the mass media focus on Hollyweird.

This is not just America’s dirty secret, it’s a worldwide cabal of parasitic and disturbed individuals.  Some refer to this worldwide network of satanic ritual abuse including pedophilia, the 9th circuit.

I will update this list as more arrests are made.  This is not a topic I enjoy covering but it needs some serious light shined on it so we can stop the rampant abuse of children.  We have to do more.  This has to come to an end.