Zionism, the Society of Jesus and the Black Nobility: Red Pill Alert! 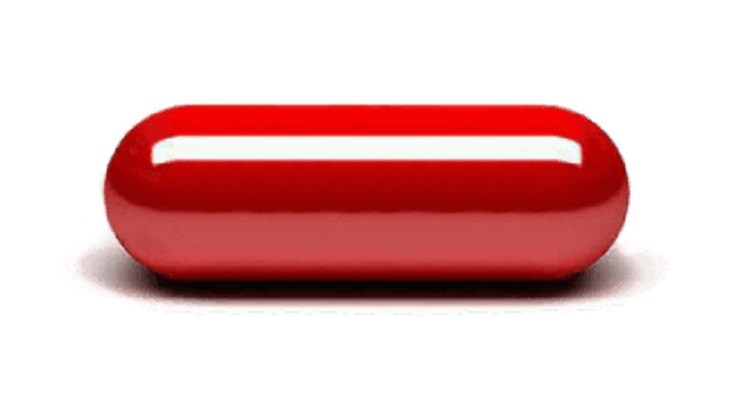 If you’re just waking up to or are trying to wake up your friends and family as to what’s really going on in our world you have probably come across a lot of information regarding secret societies.

The Freemasons, The Jesuits, The Elders of Zion (Zionism), Knights of Malta, Priory of Sion,  Skull & Bones and the list gets quite extensive.

You will find such information when researching all things related to “The New World Order” and “The Illuminati”.

At the top of the power structure within all these secret societies are those who do the bidding of the llluminati, which is headed by the Black Nobility Families referred to as the 13 bloodline families and their agenda for one world government dubbed: The New World Order Agenda.

“The very word secrecy is repugnant, in a free and open society. For we are, as a people, inherently and historically opposed to secret societies, to secret proceedings and to secret oaths”…

“For we are opposed around the world by a monolithic and ruthless conspiracy that relies primarily on covert means for expanding its sphere of influence – on infiltration instead of invasion, on subversion instead of elections, on intimidation instead of free choice, on guerrillas by night instead of armies by day.

“It is a system which has conscripted vast human and material resources into the building of a tightly knit, highly efficient machine that combines military, diplomatic, intelligence, economic, scientific and political operations. Its preparations are concealed, not published. Its mistakes are buried not headlined.

“Its dissenters are silenced, not praised. No expenditure is questioned, no rumor is printed, no secret is revealed.”

Demanding secret oaths and complete obedience to each direct superior, which is ultimately the Superior General (often nicknamed as the Black Pope, since he dresses in black and ‘stands in the shadow’ of the white Pope).

The “Society of Jesus” – as they are officially known – was originally used by the Vatican to counter the various Reformation movements in Europe, to which the Vatican lost much of its religious and political power.

“The Jesuits have no women. They have no love of a woman. Because to have a wife, to have a woman, means you have an allegiance to your wife and family, and you cannot obey the General.

“That’s why they will NEVER be married, and that’s one of the great KEYS to their success.”

In the secret 1822 Treaty of Verona (between Austria, France, Prussia and Russia) the Jesuits agreed to smash the U.S. Constitution and suppress the freedom of the U.S.

Their methods included destroying free speech, destroying and suppressing the press, universal censorship, sustaining the cooperation of the Pope and clergy to use religion to help keep nations in passive obedience and financing wars against countries with representative governments.

The monarchs who signed this treaty were ultimately deposed.

Most of these families are very wealthy and may be more powerful today than when they sat upon thrones. They are known collectively as the Black Nobility.

Privately these families refuse to recognize any right to rule except their own.

The treaty was placed in the Congressional Record on April 25, 1916 by Senator Owen.

In 1948 George H.W. Bush graduated from Yale University and the Skull and Bones.

He is a distant cousin of the Queen of England, part of the Black Nobility which traces its power back 5,000 years.

Where Does Zionism Fit into all of this?

Khazarians (who are the present occupants of Israel), develop into a nation ruled by an evil king, who had ancient.

Khazarians’ origin is believed to have been a hybridization between Turks and Mongols, with absolutely no genetic ties to the ancient Hebrews.

Khazaria was known by other surrounding nations as a lawless, evil nation that allowed the worst crimes against neighbors and travelers imaginable.

Khazaria was known as the epitome of selfishness and evil, from the King all the way down to the average citizen.

In about 750 AD – Khazaria’s King Bulan was given an ultimatum jointly by both Russia and Persia.

They pretended to clean up their act on the surface and converted to Judaism and follow the Torah.

However, not all of them stuck with it.  It was a cover and some of them continued their babylonian cultic ways, who today would be known as Zionists.  Who follow the talmud which originated in Babylon.

Zionists are not specific to those who identify as jewish although they want the masses to associate all jewish people as zionists.

That way they can claim anti-semitism anytime you speak about the crimes of Zionism.

It’s used to shut down discussions and stir up hatred for anti-zionist jews to use anti-semitism to limit free speech.

The Khazarian Mafia (KM) decides to infiltrate and hijack all World Banking using Babylonian Black-Magick, also known as Babylonian Money-Magick or the secret art of making money from nothing.

The Protocols of The Learned Elders of Zion became the roadmap for Khazarian Jewish Zionist Supremacists.

The Khazarian Mafia invades England after being expelled for hundreds of years.

To accomplish their invasion, they hired Oliver Cromwell to murder King Charles I, and make England safe for banking again.

This began the English Civil Wars which raged for nearly a decade, resulting in regicide of the royal family and hundreds of the genuine English nobility.

The Society of Jesus (Jesuits) was founded by a Jewish man of Khazarian descent named Ignatius Loyola.

Due to the fact that there are Sabbatian-Apostate-masonic Jews helping with the Vatican-Jesuit-Masonic mafia crimes, it’s sometimes difficult for people to see it for what it really is.

The Vatican ,Jesuit Order, Knights of Malta and Black Nobility people have formed a complex masonic mafia network of global proportions, using many front organizations (infiltrated governments/churches/education, secret services, Catholic institutions, mega-corporations, financial institutions, Freemasonry, Zionism, and others) with disastrous effects on the lives of hundreds of millions of people.

It should be noted that not all members of secret societies are consciously working towards the detriment of humanity.

Lower level masonic members do not usually know what the leaders at the 33rd degree & above are really planning and who they answer to.

If you are wondering where you or I fit in that structure take a look at the photo below then join a DTSS Complete Freedom Membership Program today to correct your status and stop funding these criminals with your taxes:

4 Comments on - Zionism, the Society of Jesus and the Black Nobility: Red Pill Alert!