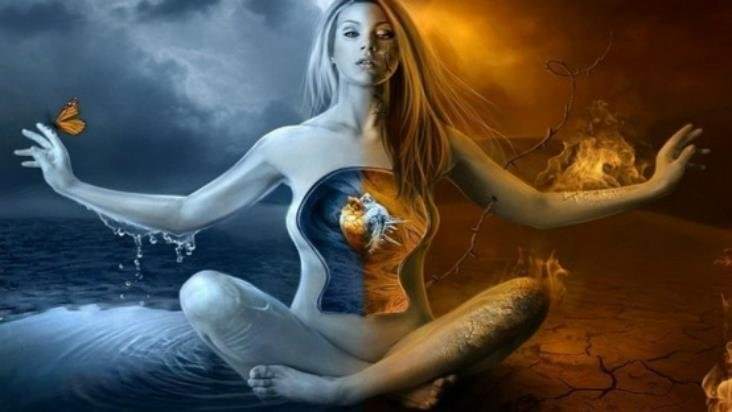 What happened to us ladies?  Everywhere I turn I see another mother scared out of her mind worrying about her little one and what to do when it comes to their health.  They’re going to well check visits and being lectured by pharma trained pediatricians.  They’re trying to go with their gut instincts and are usually bullied by medical professionals and labeled insane by societal standards. Western medicine excels in the areas of testing and diagnostics. Most individuals in this country who are living with a chronic health condition received their diagnosis from a doctor practicing western medicine.

I see moms afraid of standing up to a doctor who wants to manipulate them into taking their advice with no second opinion, no time to think about it, just act, NOW.  They love to throw in the word DEATH to make mother’s respond with fear-driven decisions instead of critical thought based informed ones.  This isn’t medicine.  It’s marketing.  Marketing is mind control.  What words can be said to trigger the desired response?  How many horror stories need to be told to sway a parent’s decision?  Those are the things discussed within conferences funded by the pharmaceutical companies on how to train doctors to deal with parents.

They don’t meet to discuss the health of their patients.  Or how many vaccine reactions they have seen or how many moms called their office after a vaccine and what was their concern.  NOPE, it’s straight up about how doctors can get parents, more specifically mothers, to blindly accept whatever they recommend and ignore their gut instincts.  That’s the reality of the healthcare system we have today.  More accurately, ”sick care system.”  That’s what it should really be called.

At one point our grandmothers and their mothers were warrior moms.  It wasn’t popular culture to blindly trust professionals.  Moms didn’t use to rush their child to the doctor every time they had a sniffle.  I’m not ignoring the great medical advances there have been.  What I’m talking about is how western medicine has turned preventative healthcare into nothing more than a marketing scheme to produce profits for pharmaceutical corporations.  There’s nothing preventative about it.  Quite the opposite actually.

We have let these so-called professionals scare us of things like measles, which by the way was never labeled “deadly” until they made a vaccine for it.  Funny how that works huh.  Yet kids are DYING from getting a vaccine for a NON-deadly disease.  When I was a kid, chicken pox was no big deal.  I don’t know of a single kid who died from it.  There also wasn’t a chicken pox vaccine made yet when I was a kid.  Now there is and I see it now too, people talking about how “deadly” chicken pox can be.  Since they saw it on a tv commercial or poster in their doctor’s office waiting room, it must be true.

There are literally parents of severely vaccine injured children out there who are still refusing to connect the dots and say things like,

“My child quit talking after getting the MMR and bangs their head against the wall,  but i’m glad they aren’t dying of a preventable disease.”

Their doctors have even convinced them that a brain-damaged child is better than one who contracts measles and “may die from it.”  Does anyone ever look up the actual statistics on how many deaths from measles there really are?  Clearly not in this case.

I’m not shaming these parents.  I’m not here to judge. I was once one of those parents too. I’m here to sound the alarm and show how far off track we have gotten and the damage being done to our children because some people still refuse to see the truth.  Or maybe can’t handle the reality of it.  It’s not a good feeling to find out you were manipulated into poisoning your own child.  That is a very hard fact to face for any mother.  I get it.  I really do.

Here were are in America in 2018 and now you cannot deliver a baby in a hospital without being bombarded with medical staff trying to jab your baby with everything.  Hep B vaccine with insane amounts of aluminum on day one of life?  Vitamin K shot that has a black box warning.  Yet those who try to decline it are threatened with CPS in some states, and in many instances have had their babies medically kidnapped.  All without ever committing or being convicted of any crime.

See Also: What Every Parent Needs To Know

Moms who do their homework beforehand and are going in ready to decline these poisons for their babies are having to literally bring bodyguards to the hospital with them to make sure no one sneaks the baby off and jabs him/her.  These poor mothers are having the most exciting time of their life turned into a stressful fiasco that is totally unnecessary.  I’m not surprised home births are on the rise.

Granted I know there are complications that can arise during pregnancy and the delivery.  However, since when did it become a medical emergency for EVERY woman having a baby?  It’s treated more like an emergency surgery than childbirth.  You can thank big pharma and the for-profit western healthcare system for that.  Greedy executives who care not about the health of you or your child, but more about the bottom line and how to please their shareholders.

Women are nurturers.  Motherly instinct is no joke.  We’re literally wired to know when something doesn’t seem right when it comes to our children.  I’ve heard so many moms say their instincts were screaming at them not to do something.  To say no to a vaccine or procedure.  Their gut instinct was overridden by a bullying medical professional who thinks they’re God because they paid a lot of money to attend medical school whose curriculum is controlled by none other than big pharma.  Who has a couple letters behind their name and an ego so large they can’t be bothered by your silly little womanly instincts.

I have always wondered why a man would want to be an OBGYN in the first place.  They can go to school for as long as they want they still will NEVER understand what it’s like to be a woman and have our reproductive system.  So how could they possibly be an expert about a body they have never experienced walking in?

I already know this will be misconstrued as liberal feminism.  I don’t subscribe to any of those labels nor do I have any desire to punish men for being men.  I’m not here to hate on the patriarchy, although I think the role religion plays in our culture contributes to the demonization of women and motherly instincts.  That’s a discussion for another day.

If you do a bit of research into the Salem witch trials you will discover the real reason those women were targeted.  They were holistic healers.  During those times it was frowned upon to receive any healing from outside the church.  The witches were using herbs, oils, crystals, etc to heal people and they became a serious threat to the church.  Which is why you will still find people today who actually think energy medicine like reiki, crystal healing and more is “of the devil,” and evil witchcraft.

I just want to empower women to be the warriors they were genetically made to be.  We were given 2 X chromosomes for a reason.  We have the ability to grow a child within our own bodies for a reason.  We were given that motherly instinct for a reason.  It’s time to get back to that.  To learn about holistic health using our Mother Earth’s resources as medicine.  Also, fellas, maternal instinct does not mean we love our children more than their fathers.  This is not meant to downplay the role of the father in any way, shape, or form.

I want to help women take care of their own without needing to call a doctor for help everytime something happens.  Our ancestors knew this.  It’s in our genetic memory, it just needs to be awakened.  As consciousness rises all over the planet I think the divine feminine role will expand and we will be respected as the great nurturers we are once again.