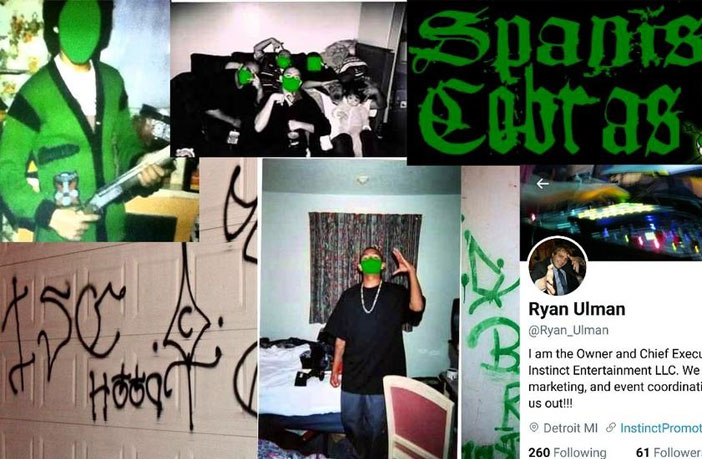 An absolutely disturbing report coming out of Michigan that the head of a child modeling agency in Michigan has been indicted for multiple charges including being involved in a conspiracy responsible for child sex trafficking and child pornography, that’s also tied to a powerful street gang.

Federal Agents began investigating the modeling agency, based out of Livonia, where authorities believed that the agency was directly tied to the sex trafficking of minors out of Shiawassee County. 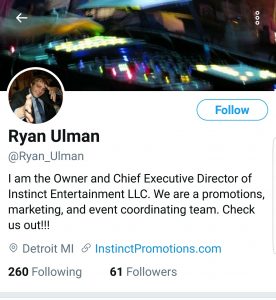 Instinct Entertainment, LLC., and their Chief Executive Director Ryan Ulman was brought before a United States District Court in Detroit, Michigan on January 5th on a single count of receiving child pornography following an investigation launched by the Federal Bureau of Investigation.

The case was kept close to the chests of Federal Prosecutors, where its believed Ulman is set to enter into a plea deal to help take down the other members of the child sex trafficking operation.

This case involved a gang in Michigan known as the Spanish Cobras, who are based out of Flint, in which the FBI says are directly tied into the sexual trafficking of the minor children.

Despite my best efforts to research the Spanish Cobras gang, the most information I could find through Wikipedia was that the group originated as a gang in Chicago in the 1960s, based out of Humboldt Park.

It appears however as if the gang has branched outward in recent decades, and now has involved itself into the heart of Michigan.

A criminal complaint which was first issued by a patriotic FBI Special Agent, Henrik Impola; alleges that the 28-year-old owner of Instinct Entertainment LLC, Ryan M. Ulman, both received and possessed child pornography with the latest known date being on September 18th of 2017.

The offenses are punishable by up to 20 years’ imprisonment, which it’s believed will be the plea deal for Ulman in exchange for his assistance in testimony against the Spanish Cobras gang.

FBI Special Agent Impola is a longstanding member of the FBI Flint North East Michigan Trafficking and Exploitation Crimes task force, who stated that for nearly two years now his agency has been investigating the violent Flint-based Spanish Cobras Gang.

Special Agent Impola says that the disturbing gang is involved in the production of methamphetamine, and the worst part, the sexual trafficking of children.

Agents ended up interviewing dozens of minor victims who were addicted to heroin and meth in Owosso; stating that the gang would recruit the girls, sometimes kidnapping them, only to force narcotics upon them and turn them into controllable addicts similar to zombies, Impola wrote.

The Attorney General of the United States of America, Jeff Sessions, then gave the Bureau full resources to attempt to infiltrate the organization for its sex trafficking ties.

This brought the investigation into an entirely new realm of potential; and it would soon be discovered that many of the girls who were victims of the Spanish Cobras Gang, were also being filmed through a child modeling agency; which turned out to be Instinct Entertainment LLC., led by Ulman.

“Ulman did not appear to be associated with the child prostitution operation, so after the FBI received information that Ulman was using his modeling agency to entice girls under the age of 18 to send him images of child pornography, a separate investigation was initiated,” Impola wrote.

What was apparently occurred in is that Ulman’s child modeling agency was used as a front business to gain knowledge for the gang of young girls who potential high-profile clients would have wanted to purchase for their disgusting pedophile sexual perversion.

The United States Department of Justice says that Ulman was arrested inside of his home, located on Milburn Street in Livonia, where he was found in possession of child pornography.

Court documents show that during the FBI interrogations, Ulman admitted “he has a problem with child pornography” and has looked at “hundreds of images.”

The disgusting pedophile who was operating the child modeling agency said that he prefers girls from 13 years old and up, according to officials.

This sick bastard apparently will end up only with a twenty-year sentence, as per his plea agreement; which is troublesome, but at the same time the FBI needs him to help bring down other members of the Spanish Cobras gang.

The Department of Justice released a 103-page report on similar gangs involved in child sex trafficking, were the Spanish Cobras were also mentioned.

The details of the gang arrests reported that very little is known publicly of the members, but we do know that as a result of the investigation more than 1,378 nationwide Immigration and Customs Enforcement (ICE) Agency arrests were made in 2017, and that many of them had ties to the Spanish Cobras and their network of child sex trafficking.

The round up concluded this weekend with arrests occurring across the United States, the largest gang surge conducted by HSI to date.

The Federal Bureau of Investigation apparently already has arrested a multitude of the Spanish Cobras.

With their membership in custody, that will inevitably result in the testimony of Ulman as a Federal Witness to place many of these demented and sick creatures behind bars for the rest of their lives.

What’s worse, is that these criminal gangs operated for years under the Obama Administration, who would only allow the FBI and DOJ to make small narcotics busts and take down a handful of their membership at a time.

Under President Trump, and the Jeff Sessions Department of Justice; these arrests of illegal aliens and their criminal networks have clearly piled up, and some of the most dangerous and violent individuals on the planet have been apprehended as a result.

All of this comes amidst the ongoing debate over DACA, and any potential amnesty being given to the illegals inside the country.

Now we’re witnessing the network of criminal activity amongst illegals further crumbling, and the evidence of their ties to child sex trafficking only further underscores the logic behind the rhetoric of saying they have to go back, when they’re capable of such horrific and violent crimes.

Are you one of those people who believe that there are sick and perverse people in both the Hollywood, film, music, video game, television, modeling, and entertainment industries in general?

This case only further underscores the threat from these elite pedophiles, who are clearly using federal criminal illegal aliens to push their pedophilia through child sex trafficking.

There’s a demented pedophile network, and it’s tied directly to illegal aliens and their gang networks, who are trafficking children across the United States to please apparent billionaire elite pedophiles.

This is sick, disturbing, and disgusting; but we should be thankful that this network has been brought down.

I have a feeling we’re going to be seeing many more similar takedowns in 2018.