If You Don’t Know what the Hegelian Dialectic is, It is Time You Learn!

It doesn’t take long to figure out once you’ve started a journey for truth to learn that we have been deeply indoctrinated in the public education system and manipulated by hidden societal engineering by global elites. Usually done under the guise of philanthropy and social justice.  Americans are being steered into total destruction because too many do not understand what is going on and how their controllers are using mind control manipulation and tactics such as the Hegelian dialectic to enslave them unconsciously.

Hegelian thinking affects our entire social and political structure. The Hegelian dialectic is the framework for guiding our thoughts and actions into conflicts that lead us to a predetermined solution. If we do not understand how the Hegelian dialectic shapes our perceptions of the world, then we do not know how we are helping to implement the vision. When we remain locked into dialectical thinking, we cannot see out of the box.

Hegel’s dialectic is the tool which manipulates us into a frenzied circular pattern of thought and action. Every time we fight for or defend against an ideology we are playing a necessary role in the elites game and it holds this system in place. Opting our consciousness out is the key.

The chess board is a well known Masonic or Hegelian symbol, the black and white squares symbolize control through duality in the grand game of life in all aspects. Left or right, white or black people, conservative or liberal, democrat or republican, Christian or Muslim and so on. Through two opposing parties, control is gained as both parties reach the same destination, which is order through guided conflict or chaos. 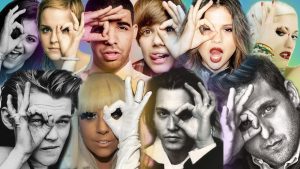 Left (thesis) versus right (antithesis) equals middle ground or control (synthesis). The triangle and all-seeing eye we see so often symbolizes the completion of the great work which began almost 6000 years ago when humanity was taken over and disconnected. The pyramid is supported by the bottom opposing sides. The capstone at the top is established through a controlled solution or middle ground. Hegelian dialectic is one in the same, the final plan is in action, however, the system is decayed and destined for failure.

George Wilhelm Friedrich Hegel was a 19th century German philosopher who taught that the human mind cannot understand anything unless it can be divided into two polar opposites. In other words: Right vs. Wrong, Good vs. Evil, Left vs. Right. The late, great humorist, Robert Benchley, used to say:

The ancient Greek plays (circa 441 BC) often included an early form of the Hegelian Dialectic. One Greek chorus, called the Strophe, would advocate one view. Another Greek chorus, called the Antistrophe, would advocate the opposite view. Sometimes, but not always, the two choruses would join together at center stage as the Epode, chanting a unified, “Kumbaya” solution to the play’s conflictions.

The two-party political system in America is the prime example.  Look at how extreme both sides of the political spectrum have become?  Completely ignoring the fact that BOTH parties are controlled by the same financiers.  This is apparent when I’m speaking to a conservative who thinks I’m a “libtard” for disagreeing with them and being accused of being a racist, fascist nazi by the extreme lefties when I dare point out to them they are being warped to support a socialist communist agenda.

We have to break the duality programming.  Stop putting our minds in a box.  Only allowing ourselves to view things in a dualistic way.  Right or wrong, good or veil, up or down, etc etc.  I for one am sick of being labeled and put in a box.  Boxes that do nothing but divide people who would otherwise be the best of allies in a fight for justice and liberation.

We must educate and get more of the sleeping masses to understand just how badly they’ve been manipulated.  Author and de-programmer Fritz Springmeier (The Top 13 Illuminati Bloodlines ) says that most people have built in “slides” that short circuit the mind’s critical examination process when it comes to certain sensitive topics. “Slides”, Springmeier reports, is a CIA term for a conditioned type of response which dead ends a person’s thinking and terminates debate or examination of the topic at hand. For example, the mention of the word “conspiracy” often solicits a slide response from many people.

What most Americans believe to be “Public Opinion” is in reality carefully crafted and scripted propaganda designed to elicit a desired behavioral response from the public. Public opinion polls are really taken with the intent of gauging the public’s acceptance of the Illuminati’s planned programs. A strong showing in the polls tells the Illuminati that the programming is “taking”, while a poor showing tells the NWO manipulators that they have to recast or “tweak” the programming until the desired response is achieved.

The only way to completely stop the privacy invasions, expanding domestic police powers, land grabs, wars against inanimate objects, covert actions, and outright assaults on individual liberty, is to step outside the dialectic and shift consciousness. This releases us from the limitations of controlled and guided thought.

1 Comment on - If You Don’t Know what the Hegelian Dialectic is, It is Time You Learn!