If You Support This Military Parade You Are Part of The Problem: Spending $92 Million While Vets Live On The Streets Is RIDICULOUS 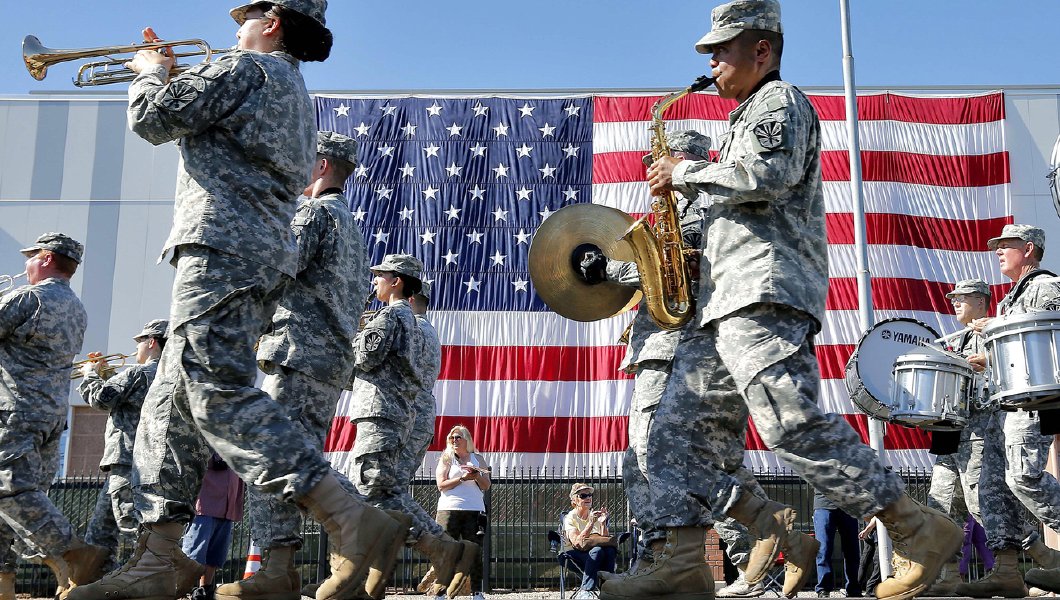 On Thursday, it was announced that the president’s celebration of the military industrial complex will cost taxpayers an additional $80 million, bringing the total cost to $92 MILLION.

The Department of Defense will provide $50 million and other agencies like the Department of Homeland Security will cover the remaining $42 million, a U.S. defense official with knowledge of the assessment told CNBC. The total price tag is $80 million more than the original $12 million the Pentagon estimated it would cost last month.

The parade is reportedly going to feature about eight tanks, helicopters, fighter jets, other armored vehicles and troops. This is nothing more than a runway show for the military industrial complex to show off their defense fleets. If you think this is about Patriotism and “Making America Great Again,”  YOU ARE NOT THINKING OBJECTIVELY!

See Related: Do We Really Want Change? In Order To Achieve That We Must Be Objective

“The Department of Defense and White House have been planning a parade to honor America’s military veterans and commemorate the centennial of World War I,” Colonel Rob Manning said. “We originally targeted November 10, 2018, for this event but have now agreed to explore opportunities in 2019.”

Hopefully, it is delayed indefinitely.

While many of Trump’s supporters love the idea of the parade, to a lot of military veterans,  the idea of being forced to march down the streets so that civilians can ooh and ahh at the military’s weapons is most assuredly not appealing and serves little more than an insult to the troops who will be forced to practice for weeks all so the warmongers can beat their chests. Showing off the same toys they use to drop bombs on innocent children in Yemen for example.  While sheep like statists will line the streets and cheer on so proudly waving their flags.

This will be promoted as a way to honor the troops while completely ignoring the only way to truly honor them—by ending all the wars. If you really want to support the troops, stop using them as pawns in the spread of empire and the expansion of the military-industrial complex. If you really want to support the troops and veterans, how about we address the fact that tens of thousands of them sleep on the streets every single night in the country they offered up their lives for.

About $50 million of the parade’s cost will cover the Pentagon’s equipment, personnel, and other support, the AP source said. The rest will be used for security—because, yeah, you apparently have to spend $40 million to protect a parade of the world’s most powerful, expensive, and well-equipped military from being attacked by terrorists during a six-block walk.

Marching a bunch of tanks through the capital city is something that should only happen in military dictatorships yet the irony is those who are supporting this parade claim to be freedom loving patriots.  Their definition of freedom-loving seems to be far different from mine.  Their definition of patriotism is more aligned with Nazi Germany.