#OpExposeCPS: Almost 40% of American Children Will Experience a CPS Investigation, 53% Chance if They are African-American 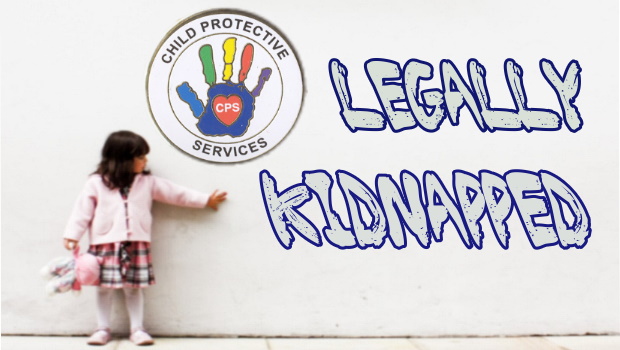 There’s a real problem with the corruption within the family court system.  Specifically the CPS/DCF agencies.  I cannot stress enough that if you are a parent in America unless you have a mass amount of money and are connected to the global elites you are NOT exempt from the parasitic web of Child Family Services corruption. According to a study published by the American Journal of Public Health, almost 4 out of every 10 American children will experience some kind of social worker investigation into allegations of child abuse or maltreatment at some point in their childhood.

The study utilized Census data and information from the National Child Abuse and Neglect Data System Child Files (2003–2014). The study estimated that:

37.4% of all children experience a child protective services investigation by age 18 years. Consistent with previous literature, we found a higher rate for African American children (53.0%) and the lowest rate for Asians/Pacific Islanders (10.2%). 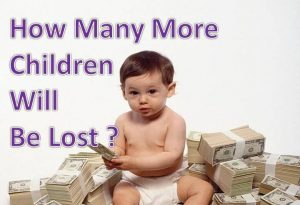 Many parents are shocked at the intrusion of Child Protective Services into their lives. Before their own experiences, almost all of them believed that CPS is only involved with “really bad parents who abuse their children.” It’s one of those things that you have to experience yourself just to understand the level of corruption within the child protective agencies and the court system.

When often times their so-called “crime” is to ask for a second medical opinion, they have a difficult time coming to grips that they are being lumped in with monsters who do terrible things to their children. They don’t understand how social workers can come into their lives and take their children when they have done nothing to harm them.

There is often a great deal of shame associated with being accused of child abuse or neglect. Such allegations can isolate people from friends, neighbors, and family members. Many parents no longer feel welcome in their churches or communities. They are frequently surprised when they learn how common their experiences are.

It is the elephant in the room that people avoid talking about.  I know this first hand.  Once you’ve had your own rights trampled all over and see how easy it is to end up in that situation,  it will forever change your life.  You can find yourself pushing people away for fear of them overstepping their boundaries and misinterpreting the smallest thing as some form of neglect or abuse.

One example is the vaccination controversy. There are insane draconian mandatory vaccination bills up for votes in many states even as more and more evidence is brought to light on a daily basis that this vaccination holocaust is much worse than most people can wrap their heads around. If too many people stop vaccinating and start learning how to keep themselves healthy without pharma’s poisons and the doctor’s advice the monstrous profits may come to an end.  We can’t have that now can we?   Some people think their continued profits are far more important than the lives of your precious babies.

More and more are parents waking up to the fact that their children have been badly poisoned by a corrupt healthcare industry who sets their standards of care to align with the pharmaceutical companies financial goals.  With pharma’s endless profits it is very easy to buy off politicians who make policies about public health which directly cross the path of human rights.

People are starting to realize western medicine is killing more than it’s helping and turning to holistic options, pharma panics and in order to keep their medical monopoly in place and often times cover up medical malpractice, they have resorted to using the already corrupt family court system for their benefit.  You don’t want your child to have chemotherapy that has proven to be 97% ineffective?  Too bad, you might not get a choice in the matter.

You better hope the oncologist you take your child to isn’t so corrupt and prideful that they call CPS on you should you dare NOT to take their advice blindly or worse,  seek a second opinion, which 88%  of the time differs from the first according to a study done.  Arrogant oncologists who make a very nice living off of cancer patients are sure not going to suggest a treatment that they cannot profit from. Or one that makes their entire profession obsolete.

This is the sad reality of the healthcare industry in America, which should really be called a “sick care system.”  The fact that healthcare costs are so astronomical paired with the fact the 3rd leading cause of death in America is medical mistakes should be the straw that breaks the camels back and motivate people to push for reform.  However, we haven’t had a big enough awakening yet, which is the point of this post.  Medical kidnapping and other CPS cases are under gag orders which makes it almost impossible for any media outlet that reaches a large audience to cover it.

Even if they could, this is connected to big pharma which is the mainstream media’s biggest ad revenue clientele.  Which makes it impossible for them to be unbiased or able to cover a story objectively.  This is the result of allowing direct to consumer advertising of pharmaceutical products, which by way is banned in most countries except for two and America is sadly one of those two.  The entire game is rigged against us.

See Also: What Every Parent Needs To Know

Once children are placed into foster care, their exposure to real child abuse increases greatly. As Texas District Judge Jack wrote in her ruling against the Texas Foster Care system:

…children have been shuttled throughout a system where rape, abuse, psychotropic medication, and instability are the norm.

According to the 2017 AFCARS report from the U.S. Department of Health and Human Services, only 16% of all the children removed from their homes by Child Protective Services were removed for reasons of physical abuse (12%) and sexual abuse (4%).

Most are taken for “neglect” – an ambiguous term that can be interpreted to include dirty dishes in the sink, playing outside in the yard, or simply being poor. A similar percentage of the allegations against parents are “substantiated” or “founded” – only 17% according to the 2016 Child Maltreatment Report by the U.S. Department of Health and Human Services. 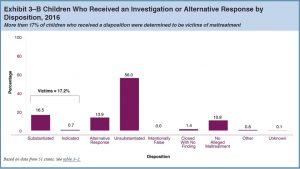 When children are removed from their homes, the results can be devastating. They are statistically in much more danger in foster or adoptive care than they are in their own homes, even if their home was a troubled home. Children are 6-9 times MORE likely to be abused in foster care than the homes they were removed from. Most are placed with strangers. That is where the money is for states, thanks to the Adoption and Safe Families Act of 1997.

Richard Wexler of the National Coalition for Child Protection Reform reports that there is an 80% failure rate of foster care. When compared with non-foster children, he reported that foster children:

Former foster children are far more likely to be incarcerated than the general public.

The statistics are abysmal, yet lobbyists, non-profits, churches, and legislators continue to push for more funding for the failure that is the foster care system.  The system simply isn’t working. It is destroying the very children it purports to protect, and it has become abundantly clear that most of the children who are in the system should never have been placed there.

Guilty Until Proven Innocent, Yet Most Parents Are Denied A Chance To Defend Themselves

Parents are frequently unable to present evidence that would exonerate them, and social workers routinely lie on their reports to parents, their children, and to judges in court. A recent case in the 9th Circuit Court of Appeals involved the “Right to Lie” by social workers. An attorney representing social workers actually tried to convince the Circuit Court judges that social workers have a “right to lie.”

Did your eyeballs just fall out of your head?  Well, pick them back up and reattach them because you really did read that right.  Yes ladies and gentleman, CPS really did try to convince an appellate court judge that social works have a RIGHT TO FREAKING  LIE!

When asked why she left CPS after 10 years of service, Melinda Murphy reported:

I discovered no, what I am doing is I am working for the Department of Children and Family Services.

And I couldn’t live with that.

It’s doomsville… The system is not working. It’s a very sick system. It’s failed, [and] it cannot heal itself.

This is what I always say to my parents, this is my advice: I always say don’t give up. Because you know deep in your heart that you are the person who loves your children the most…

The social worker is not your friend, not by any stretch of the imagination.

What Can You Do?

Get loud.  Put pressure on policymakers.  Mass circulation of this information on social media.  Alerting every parent you know so they don’t step into a trap they might not know about next time their kid has to go to the ER or something like that.

Beyond that, there is a way to take yourself and your children out of CPS jurisdiction entire and that is with DTSS’s complete freedom program you can learn more about here.  We have to stop this horrendous abuse of children.  The adults need to step it up and protect these kids from systematic abuse from government overreach and incentivizing agencies to meet quotas to receive additional federal funding.  The kids for cash program needs to END NOW!