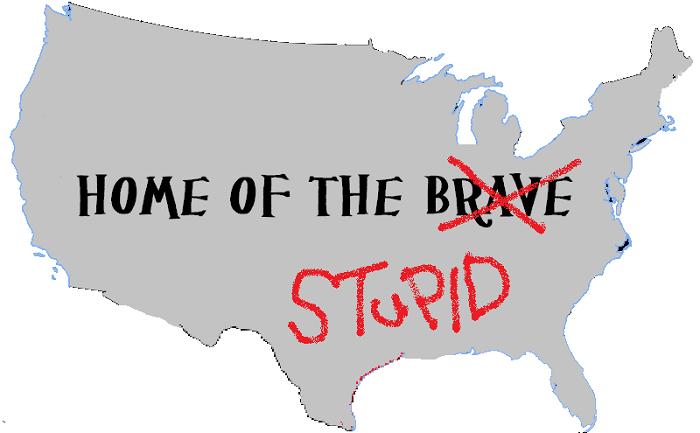 The book is stunning in the new knowledge that it reveals about the hidden role of British oligarchs to shape and control public opinion in order to manipulate the British public (and later the American public) into accepting the notion that war with Germany was necessary in order “to secure a lasting peace.”

The plan to ‘create’ public opinion began in 1913 as a propaganda factory centered at Wellington House in London.  Funding was initially provided by the Royal family, but soon to include the Rothchilds and Rockefellers. Wellington House would grow into the Tavistock Institute in 1921 after the propaganda “victories” of the First World War and the Federal Reserve banking system (created in 1913) had been secured.

The Tavistock Institute of Human Relations was unknown to the people of the United States before Dr. Coleman exposed its existence. Tavistock, by 1937, had come a long way from its Wellington House beginnings and the successful propaganda campaign that had turned the British public from being strongly anti-war in 1913 to willing participants through the arts of manipulation with the willing cooperation of news communications media.

The technique was carried across the Atlantic in 1916 to manipulate the American people to support of the war in Europe. In spite of the fact that the vast majority, including at least 50 U.S. Senators were opposed to the U.S. getting dragged into what they perceived was essentially a quarrel between Britain and France on the one hand, and Germany on the other, largely over trade and economics.

“I sincerely believe, with you, that banking establishments are more dangerous than standing armies.” —Thomas Jefferson, 3rd President of the United States (1801–1809) and principal author of the United States Declaration of Independence (1776), in a letter written to John Taylor on May 28, 1816

At that point Wellington House introduced the word, “Isolationists” as a derogatory description of those Americans who opposed U.S. participation in the war. The use of such words and phrases has proliferated under the expert brainwashing of the Social sciences scientists at Tavistock. Terms like “regime change,” “collateral damage” became almost new English language. 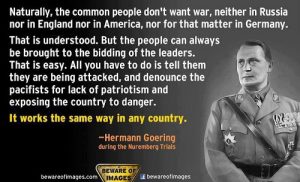 Woodrow Wilson was the first American president to publicly proclaim himself in favor of a Socialist New World Order inside a Socialist One World Government. Wilson was the one who helped push through The Federal Reserve Act of 1913, which was the beginning of debt enslavement of every man, woman & child in the US.  Funny how they left that part out of our American History books.

“It is an age-old, inter-generational “bloodline plan” to globalize the world and bring it under the rule of a single entity, an entity from the Dark Side.” -Preston James

Income Tax is a Marxist doctrine not found in the U.S. Constitution anymore than the Federal Reserve Bank is found in the Constitution. An instrument of slavery was fastened around Americans’ necks without the victims ever becoming aware of it. All while brainwashing us to believe we have so much “freedom” that people on the other side of the world in a dessert “hate us.”  Yeah I’m sure they’re jealous, we’ll go with that.

One of the easiest ways Americans have been socially engineered to follow a plan that would end in our own detriment was to always give the illusion of choice and to control all political parties.  Outwardly putting on an extravagant production pretending to oppose the other.  I mean do people really think the Clintons are any different from the Bush’s? 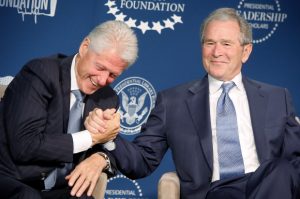 General Maddox with realnewsaustralia.com wrote. “The only real debate that occurs is just the minor differences between those two parties.”

“Nothing is said or done about the issues that neither left or right is discussing.”

“The real menace of our Republic is the invisible government, which like a giant octopus sprawls its slimy legs over our cities, states and nation… The little coterie of powerful international bankers virtually run the United States government for their own selfish purposes. They practically control both parties, … and control the majority of the newspapers and magazines in this country. They use the columns of these papers to club into submission or drive out of office public officials who refuse to do the bidding of the powerful corrupt cliques which compose the invisible government. It operates under cover of a self-created screen [and] seizes our executive officers, legislative bodies, schools, courts, newspapers and every agency created for the public protection.”  – New York City Mayor John F. Hylan, New York Times, March 26, 1922 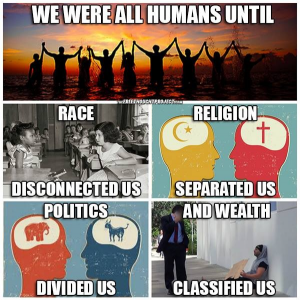 The methodologies that have been deployed to finish off America in order to complete the establishment of this NWO system are empowered from the dark side and are comprised of massive social engineering projects deployed dysfunctional culture as a social engineering weapon of war against We The People. Every aspect of our lives has basically been engineered.

Our entire belief systems set up to work against us.  We have put way too much trust in Government and accepted too much propaganda as fact.  The system is NEVER going to teach us how to overthrow it.  We’re going to have to take more responsibility for our lives, government, and country.  Instead of loading up on ammo we need to be educating ourselves and loading up on knowledge. Stop our children from getting the same dose of programming we got.

Teach them the truth.  I won’t allow my daughter to get taught the same version of history that is designed to socially engineer us to accept subservient slavery disguised as Capitalism in a free Republic. Lose the left/right labels.  Get along with those they want you to hate.  I know my photo at the top of this blog may ruffle feathers.  I am not excluding myself from that.   We are only stupid if we become aware of our ignorance due to social engineering and do nothing to change it. They are few but WE ARE MANY!