We’re Being Cooked: The Truth About EMF

Many still do not realize that they’re chronically exposed to something that can deteriorate their health, and, unless it’s identified and remediated, can lead to premature death—an exposure that is completely invisible, tasteless, and odorless. The exposure I’m referring to is electromagnetic fields, or EMF. 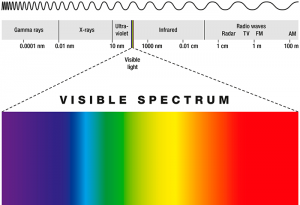 According to WHO, electromagnetic fields affect us because our human bodies have their own electric and biochemical responses (e.g., nervous system, digestion, brain function, heart function). So exposure to EMFs can interact with your body in adverse ways.

Where Do Electromagnetic Fields Come From?

Since the early 20th century, our exposure to man-made EMF has been steadily increasing. And in just under 50 years, our exposure has exponentially increased with the introduction of advanced technologies and, most recently, cell phones and WiFi. 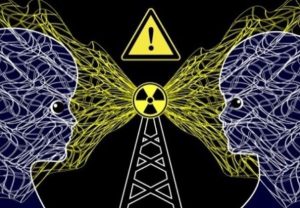 Surveys have shown that 1 in 3 people won’t get rid of cell phones regardless of how damaging they are to their health.

If you are sensitive to EMFs, you may experience symptoms like:

“For the first time in our evolutionary history, we have generated an entire secondary, virtual, densely complex environment – an electromagnetic soup – that essentially overlaps the human nervous system.”

In 2007, the BioInitiative Working Group released a 650-page report citing more than 2,000 studies detailing the toxic effects of EMFs from all sources. Chronic exposure to even low-level radiation (like that from cell phones), can cause a variety of cancers, impair immunity, and contribute to Alzheimer’s disease and dementia, heart disease, and many other ailments. 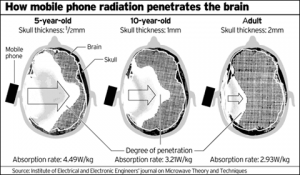 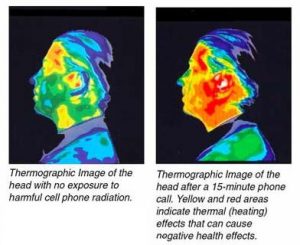 Roy Riggs is a Geobiologist and professional dowser. Geobiology (also called Bau-biologie, which means Building Biology in Germany) is the science of specific location and disease and focuses on how your house and immediate environment can make you ill due to both electromagnetic and geopathic stress.

According to Roy, the biggest offenders in most homes are typically wireless Internet (WiFi) and cordless phones. Baby monitors, often in homes with newborns, also give off high EMFs.

Some areas of the United States have already begun installing a so-called ‘smart grid,’ where utility meters transmit data on your household energy usage wirelessly to the utility. Eventually, they want to expand this to installing smart meters on each household appliance within your home, to individually transmit the usage data to the smart meter.

If this technological advancement is allowed to spread across the nation, public health may plummet across the board. Dr. Martin Blank, Ph.D. at the University of Columbia, conducted peer-reviewed research in 2010. According to Dr. Blank, “There’s no question cells react to EMFs as harmful.”

His research shows that exposure to EMF radiation causes DNA strands to break, which in turn creates ‘high-stress proteins’ as a protective response from cells. The appearance of these discharged ’high-stress proteins’ is quantifiable, providing undeniable documentation on the amount and type of damage from EMF exposure.

Guess a tin foil hat may be handy after all! Protect yourself.  Here’s tips on how to fight this.